All Normal Type Weaknesses and Counters in Pokemon Scarlet and Violet

Just punch them until they faint 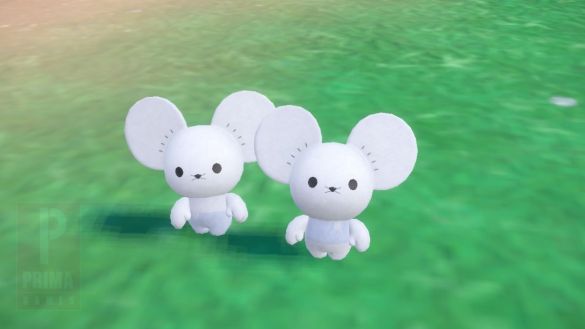 Despite their name, Normal Type Pokemon are not necessarily the very definition of an Average Joe, as we can see with some individuals like Jigglypuff or Ditto, which are VERY far from what I would call normal. But the rule applies perfectly if we’re talking about Scarlet and Violet’s Larry, AKA the best trainer in the game, hands down.

But the type does fall in this category when we’re talking about gameplay aspects, as it is literally the most basic type of all out there, with the lowest amount of weaknesses and strengths amongst all of the others, which may present a problem for players. Curious about what can beat the more regular and unambitious type of them all? Keep scrolling to find out.

All Normal Type Weaknesses and Counters in Pokemon Scarlet and Violet

It’s not a coincidence that in most games, the first few Pokemon you’ll find are Normal types. Normal is a very beginner-friendly type that has few to no weaknesses to help new players get a hang of the game. Below you’ll find their weaknesses.

When facing a Normal type (such as in Larry’s gym), ensure to include at least one Fighting type move user in your team as it will trivialize the whole process. Rock and Steel won’t deal extra damage to Normal types, but they resist their hits which is good enough. Ghosts are completely ineffective, so unless going for a stalling strat, don’t even bother with those.

Those who started with Quaxly will have it easier in those matchups as Quaquaval gets a secondary Fighting type. Still, even the most recent Pikachu clone Pawmi is a good option as it evolves into a pretty decent Fighting Pokemon with Pawmot. Other notable counters in Scarlet and Violet include Lycanroc, which can easily resist their attacks, and the innocent-looking Tinkaton, which also boasts the Fairy type and loves to smack on its prey.

Real-world logic once again dictates a type’s interactions. As Normal doesn’t have elemental affinities, it cannot deal Super Effective damage to other types. Normal people usually can’t easily break rocks or steel bars either, much less hit a ghost. And what would they do when faced with a martial artist in a fair fight? They’re most likely getting their asses kicked with no weapons to defend themselves.

With only one true weakness and having access to many different moves (being them Normal or any other type), Normal types are a wild card in a battle that can work offensively as a pure beat stick or defensively when the opponent cannot hit for their weaknesses. Most experienced players will be prepared, so beware.