Not very many to choose from, to be fair 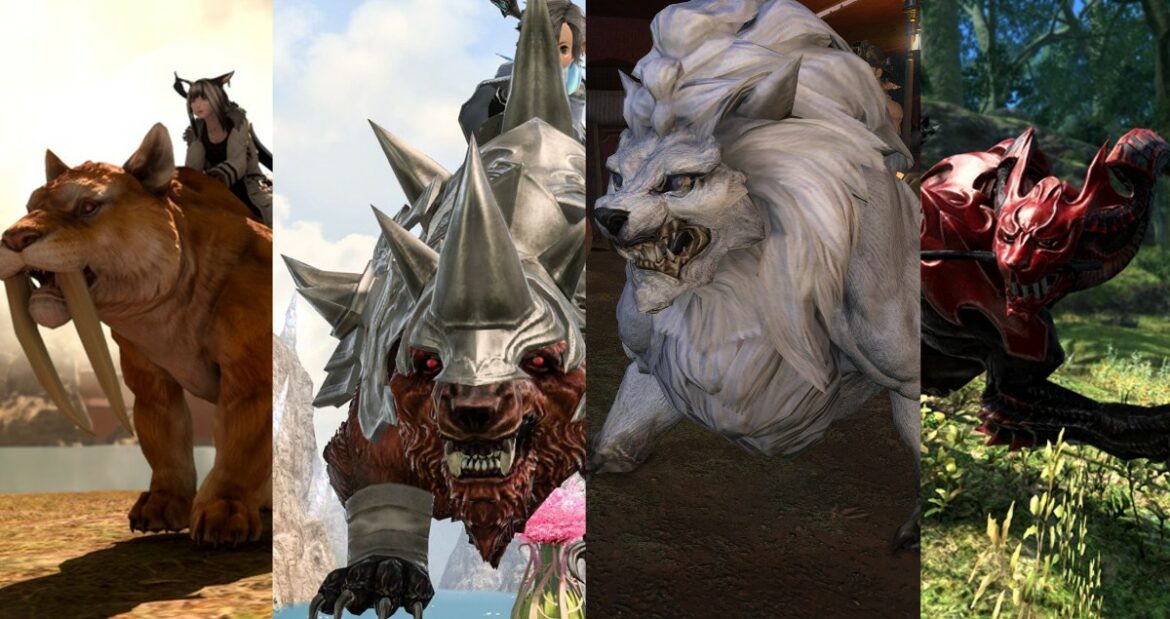 I love being a tank in FFXIV. There’s something about getting up in the bad guys’ faces and eating all the damage, swinging your weapon haphazardly in return. No need to worry about DPS numbers or anything but survival and aggro. It’s also pretty sick that each tank class can earn a bespoke mount, one of a set of huge, armored animals that capture the spirit of each defensive Job. They’re all neat but I’m going to rank them, because Job Reasons.

Honestly I really don’t like this one. It barely looks like a panther at all; I’d describe it as a shiny robot lizard with a cat face. Like, I understand and appreciate that Dark Knight is the edgelord of the tank gang. But does that really need to translate to whatever this is? It’s kinda cool I guess, but not nearly the same level of majesty its peers command. This motorcycle decal lookin-ass panther just doesn’t hit like the others.

Love a good lion, but just like the Paladin as an RPG mainstay, it’s a little plain. This mount is all gallant and stuff, and is pretty much exactly what you’d picture when you think “lion mount for Paladin character.” No surprises here at all. Significantly less cringe than the panther of course, so it gets the next spot up.

This was a tough decision. Frankly, I was inclined to stick with my heart and put the tiger up front, for all my fellow Gunbreakers out there. It makes sense that the best Tank Job has an easy claim to the top spot. This tiger is awesome. It has sabretooth tusks, a full set of armor (with boots and an undershirt!), and a Rhino horn for reasons. This is one cool cat. I’m just not sure this is the best fit for Gunbreaker. No cannons or mounted machine guns? A cat? Seems like a better fit for a lighter DPS character.

The alliteration is always gonna be a leg up. I mean, Battle Bear? It’s perfect. A real Chef’s Kiss moment if there ever was one. Plus, when you think about animals and tanks, a bear is absolutely at the top of the list. This is a very big boy who can clearly take very big damage and shrug it off like bee stings. The armor isn’t as creative as I’d like, which almost cost it the top spot. But when it comes to the bare necessities for what a tank mount should be, the Battle Bear knocks it out of the park.

There you have it; the official Prima Games canon ranking of the best tank mounts, as rated by Prima Games’ very own Gunbreaker. You just couldn’t trust someone like Jesse “Reaper” Vitelli to judge this kind of meat. You need someone who knows how to take a punch directly to the face and shrug it off like a minor inconvenience. As long as the healers are doing their jobs, of course.

Related: How to Get Every Bird Mount in FFXIV

Wait, hold on. Don’t tab out yet! There’s an additional, last-minute entrant into this judging round. You may be thinking, “How? But there aren’t any more tanks.” And to that, I simply have to ask what you know about Lali-Ho?

The winner is clear.

How to Get Refunds for Google Stadia and...