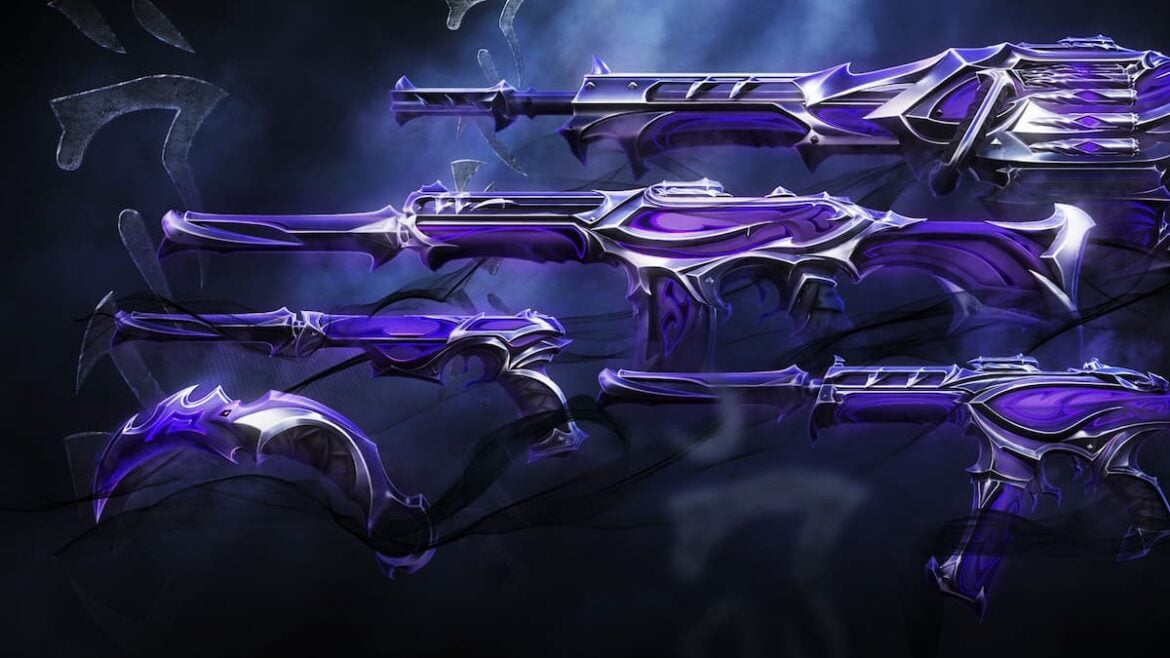 Riot Games’ character-based tactical shooter Valorant has just released patch 5.03, and with it comes character rebalancing, bug fixes, and updated UI elements. Along with it, prominent dataminers like the ValorLeaks twitter account have found evidence of a new, highly anticipated skin bundle that could be hitting the store soon. Popular weapons like the Phantom, Spectre, and Ghost could be getting a dash of darkness with a leaked reveal of the Reaver 2.0 skin bundle – get those Valorant points ready.

If the leaks are real, it appears that the bundle will include Reaver skins for 4 weapons:

As well as a Reaver Karambit knife that’s too wicked to pass up:

Related: All Skins Available in the Valorant ‘Run It Back’ Bundle

In addition, we can expect some extra goodies in the bundle, such as a Reaver Playercard to use on your profile. You’ve got to flex on your friends list somehow, right?

By the looks of it, each weapon in the Reaver 2.0 bundle will include options to upgrade their looks, with flashy firing and reloading animations, frightening sound effects, and the classic Reaver finisher animation.

How To Get The Reaver 2.0 Skin Bundle

If history tells us anything, the Reaver 2.0 Skin Bundle could be hitting the Valorant store as soon as August 10, once the current “Run It Back” bundle expires. The first Reaver bundle, released back in November 2020, could be purchased at the time for 7,100 Valorant points, or roughly $71.00 USD. We expect the new Reaver 2.0 bundle to cost about the same, but we’ll have to wait and see.

For more information on Valorant, check out our other guides: