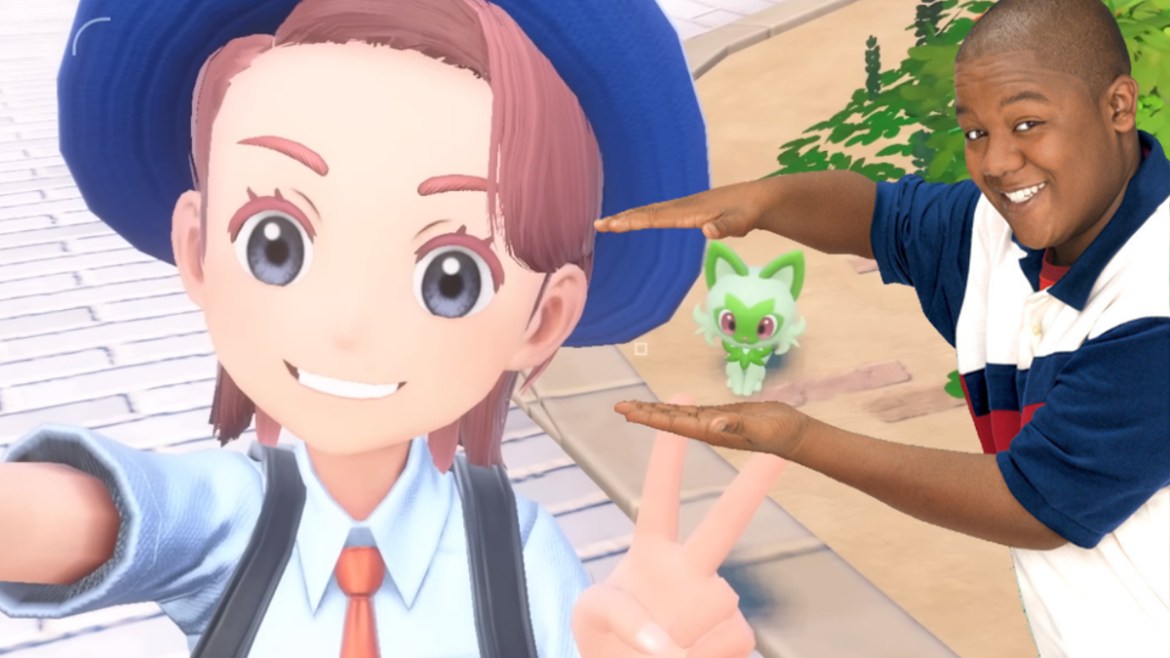 As you probably already know, Pokemon Scarlet and Violet leak season is upon us. A couple of people somehow got their hands on a copy of Pokemon Violet early and have been dropping screenshots like no tomorrow. This has left pirates with hacked Nintendo Switch consoles particularly excited because the likelihood of the game being dumped online in the next few days is high.

A prankster has preyed on this anticipation for illegal activity and has created the funniest troll seen in a while. Seriously, it’s so good.

Imagine Pirating Pokemon and Getting This Instead… LOL

On November 6, the floodgates for Gen 9 leaks burst open, with images of Paldea Pokemon, new characters, evolutions, and more popping up all over the internet. This sucks for those who want to go into Scarlet & Violet as unspoiled as possible because they’re now having to basically play Minesweeper every time they open Twitter or Reddit.

But this glorious troll will give you some satisfaction though, I promise. There’s currently a 7GB “dump” of Pokemon Violet floating around on sketchy torrent websites and while some pirates are smart enough to know that it’s too good to be true, others are so impatient that they’ll download anything in hopes of being one of the first to dive into Game Freak’s newest game.

Once installed, this illegal copy of Violet appears on the Nintendo Switch home menu like any other game, complete with the icon and everything. But it’s once you click that you get the shock… An episode of Disney Channel’s Cory in the House plays, theme song and all. No joke. I’m dying laughing just writing this.

While this is some harmless fun, it used to be even worse. Pirates would download “games” pre-release that ended up being a NSFW video involving dolphins upon installation. Gross. Some would even be bricks in disguise, breaking the user’s console forever. Play with fire and you get burned, I guess.

While we all eagerly wait in anticipation for November 18 when Pokemon Scarlet and Violet release officially, at least we can bask in the satisfaction of knowing that those who choose the illegal route are being messed with. Go, Cory!