Oh, were you expecting D.Va buffs? 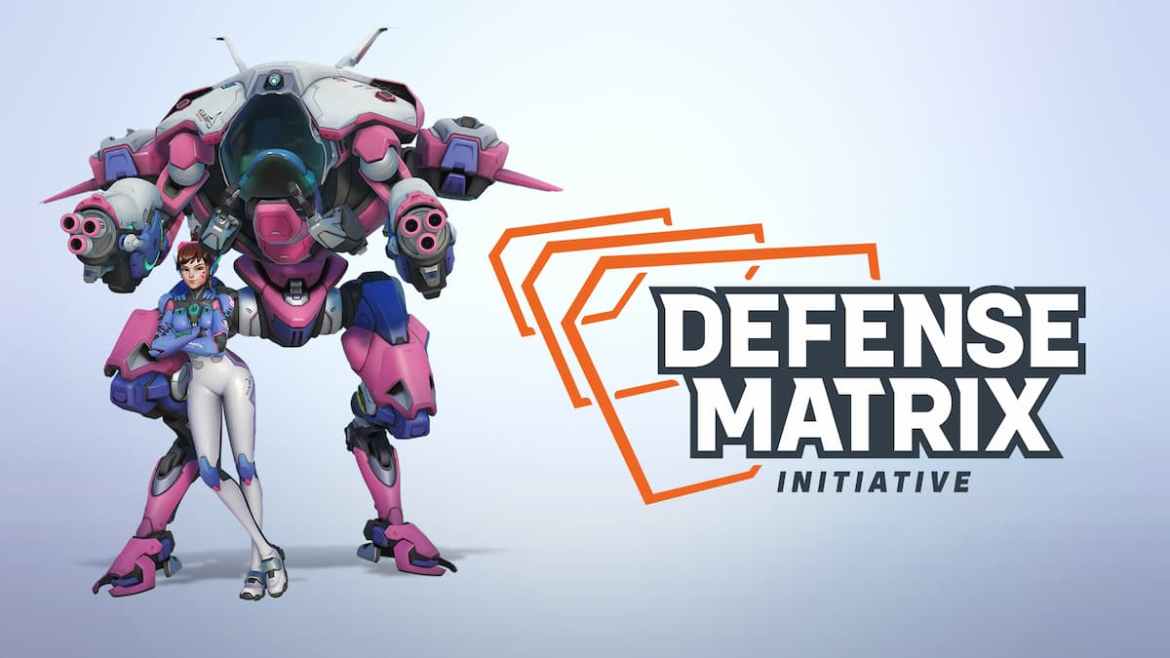 With Overwatch 2 launching on October 4 as a free-to-play game, Blizzard is taking the initiative to combat disruptive behavior and gameplay with a new plan they’re calling Defense Matrix. Lead by a group made of a mix of teams at Blizzard, the Defense Matrix aims to promote positive behavior within Overwatch 2 while protecting user’s accounts, curbing the amount of cheaters, and improving the overall user experience for all players. Interested in learning more? Continue reading for an overview of the Defense Matrix Initiative in Overwatch 2, including SMS Protect, Systems Designs, Anti-Cheat and more.

Overwatch 2’s Defense Matrix is guided by a few core philosophies, as stated by Blizzard:

A much-welcomed approach to tackling today’s online gaming climate where toxicity and cheating runs rampant, especially in competitive and ranked game modes. So, what exactly is changing?

Related: Overwatch 2: How to Merge Accounts for Cross-Progression

This aims to not only protect user’s accounts from being compromised but also makes it more difficult for suspended or banned players to return to Overwatch 2.

Blizzard aims to improve the quality and experience in all aspects of Overwatch 2; from Quick Play and Competitive to Workshop and Arcade. Here are some changes we can expect arriving soon:

In-game reporting of disruptive players has helped Blizzard’s machine learning systems better detect and penalize abusive or cheating players. Introducing in the following weeks after Overwatch 2’s launch, Blizzard will be utilizing Audio Transcriptions, which allow them to collect temporary voice chat recordings of a reported player and automatically transcribe them through text-to-speech software. Once transcribed, the text file is analyzed for disruptive behavior by Blizzard’s chat review tools.

With machine learning, systems only improve when they have constant samples to analyze and learn from. Therefore, it’s important that players always report disruptive players whenever they can to further improve Overwatch 2’s Defense Matrix.

The First Time User Experience (FTUE) is a new system designed to ease brand new players into the ins and outs of Overwatch 2. Based on consistent feedback by newcomers, Blizzard has found that the new player experience can be overwhelming for some as they’re instantly given access to the plethora of heroes and game modes available in Overwatch.

The FTUE aims to limit the number of game modes and heroes that new players can access when first playing the game, and rapidly unlocks them as they play more. This only appears to affect players who create new accounts after the launch of Overwatch 2, so veterans and returning players need not worry. Additionally, all restrictions are lifted from new players when they play in a group, with the exception of Competitive mode.

Blizzard plans to change the requirements to enter Competitive mode in Overwatch 2. With the removal of player levels, new players are now required to win 50 Quick Play matches before unlocking Competitive mode. Blizzard hopes to give new players a chance to familiarize themselves with Overwatch, giving them a better sense of encouragement as they face higher expectations from Competitive players.

With player levels being removed from Overwatch 2, Portrait Borders that symbolize a player’s experience are also getting the boot. This also means that Competitive skill tiers will no longer be shown before a Competitive match, which Blizzard hopes will help dissuade players from passing judgment on other players before a match even begins.

Endorsements are getting a slight change, trimming down the three separate types of Endorsements into one single commendation. Blizzard’s goal is to encourage players to maintain a positive and constructive attitude towards their fellow teammates and plans to award Battle Pass experience to those with high endorsement levels.

Most competitive games have it, and most competitive games need it. Overwatch 2 adopts the Ping System that players are probably familiar with from other games, giving players the ability to communicate vital information to their team without the use of voice chat. This helps enhance voice communication for a team while also giving players that do not wish to participate in voice chat an alternate way to contribute towards success.

While other forms of in-game chat are remaining, general chat within the game menus is being removed, as Blizzard found it to be a frequent area of toxic, disruptive behavior to occur while not serving much of a productive purpose.

The Defense Matrix consists of both an internal and external task force, responsible for investigating and reverse-engineering cheating software to promote fair and positive play throughout all Blizzard Games.

The external task force consists of teams all across Activision Blizzard and beyond and is dedicated to the encouragement of positive behavior and combating disruptive players while creating fair and inclusive spaces for all players. This team stretches passed Overwatch 2, and Blizzard hopes to involve them in all Activision Blizzard games in the future.

Blizzard is dedicated to fostering a welcoming and positive environment within Overwatch 2 and claims that the launch of the Defense Matrix on October 4 is only the beginning. Hopefully, these plans will improve the Overwatch 2 experience for all players while negating as many cheaters and abusive players as possible so that everyone can enjoy the highly-anticipated sequel.