More Gamers Will Learn Losing is Fun When a More Approachable Dwarf Fortress Arrives on Steam and Itch.io 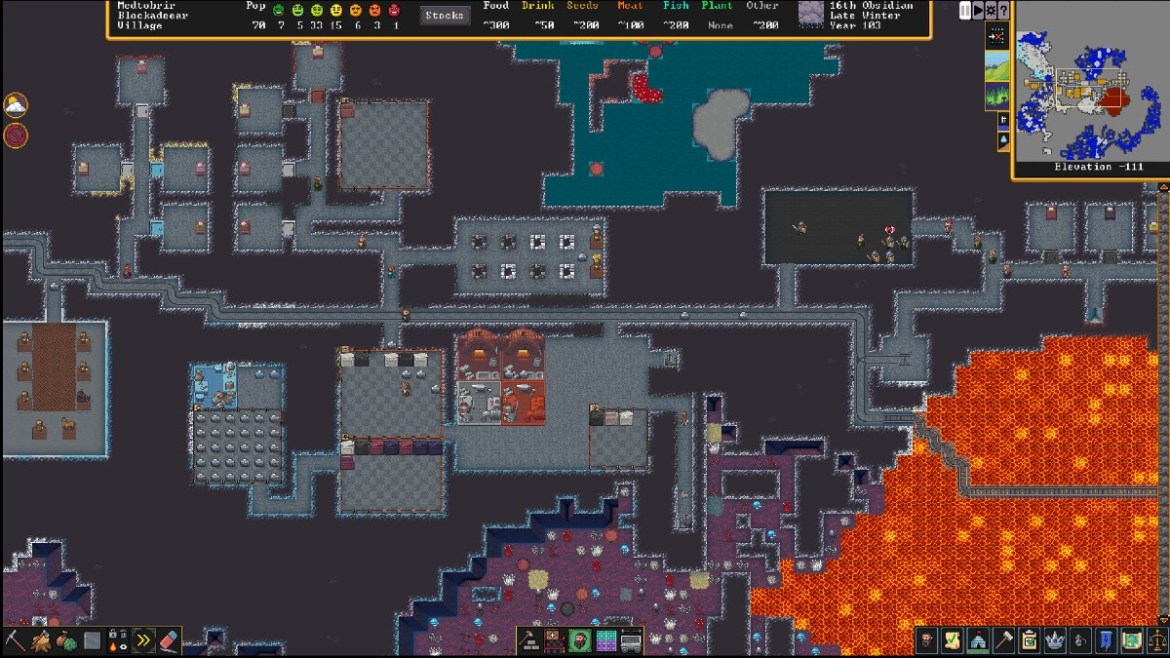 Back in 2006, an incredibly small and equally dense management roguelike made by two people took the internet by storm. With visuals composed of ASCII characters and the most obtuse and oppressive mechanics known to man, Dwarf Fortress was legendary for its hilarious mix of unpredictability, minute detail, emergent disaster, and lo-fi look. Years later, developer Bay 12 Games has teamed up with publisher Kitfox games to release a new version of Dwarf Fortress outfitted with visuals, music, instructions, and more. And it’s only about a month away.

Kitfox Games announced that Dwarf Fortress, in its new more approachable form, will be landing on Steam and Itch.io on December 6, 2022. You can see the huge visual difference and get a taste of the new soundtrack if you watch this trailer, which we’ve embedded below:

While this is exciting, the more hardcore fans will be happy to know the Steam Edition isn’t replacing the original game, which is still in development as well. The new version will also be supported well beyond launch, as the developers continue working on adding features and game modes that won’t be ready on day one.

Dwarf Fortress emerged at a time when indie games were just starting to really take off, when meme culture was exploding and gamers were getting more accustomed to roguelikes as a concept. This game has been cited as influence for some of today’s biggest games, including the likes of Minecraft, Rimworld, and FTL: Faster Than Light. Its cult following has sustained its two-person dev team to this day and led to events like an exhibit at the Museum of Modern art.

“Losing is Fun!” is a tagline coined by the Dwarf Fortress community, and is an encapsulation of not only what this game is all about, but how it became a sort of evolutionary flashpoint for videogames as a whole. When the new version arrives on Steam in December, we could see a whole new burst of energy that keeps Dwarf Fortress going for years to come.