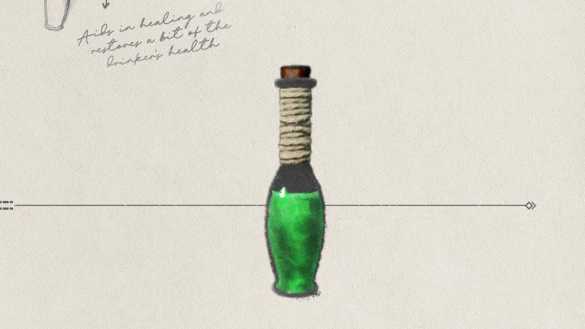 As we approach the initial February release of Hogwarts Legacy, Warner Bros and Avalanche are releasing more and more gameplay information in the form of video showcases, short clips and images. Today we’ve learned a little more about one of the most fundamental parts of any video game: how to make health potions, also known as the Wiggenweld Potion, in Hogwarts Legacy.

A recent video and series of images posted by the official Hogwarts Legacy Twitter account revealed some information about how to make Wiggenweld Potions, which we can assume will be one of the main sources of health regeneration in the game. Like in many other video games involving combat, health potions are among the most widely used consumable items to keep you alive in battles, so we’ll likely be making plenty of these potions once we start playing.

Related: What Are the PC System Requirements for Hogwarts Legacy? – Answered

The video and photos on the Hogwarts Legacy Twitter post reveal that you’ll need one drop of Horklump Juice and one batch of Dittany Leaves to create a Wiggenweld potion. By using these at a potion crafting station, you’ll be able to make this potion and use it in the overworld whenever you’d like. Since health potions are a crucial part of combat-orientated games, we can also assume these items will be commonly available early on.

This isn’t the first time the Hogwarts Legacy Twitter page has posted information about potion making. Just recently, a similarly styled post described how we can make an Edurus Potion using Ashwinder Eggs and Mongrel Fur. This potion, which adds a molten, protective layer to your character, pairs well with the health potion as a defensive combat build.

Hogwarts Legacy will be available on PC, PlayStation 4, PlayStation 5, Xbox Series X|S, Xbox One, and Nintendo Switch through the official website. If you’re interested in learning more about the game, check out How Flying Works in Hogwarts Legacy and How to Get the Dark Arts Pack.