How to Get the Dark Arts Pack in Hogwarts Legacy

Fly around in fancy robes on a fancier beast mount 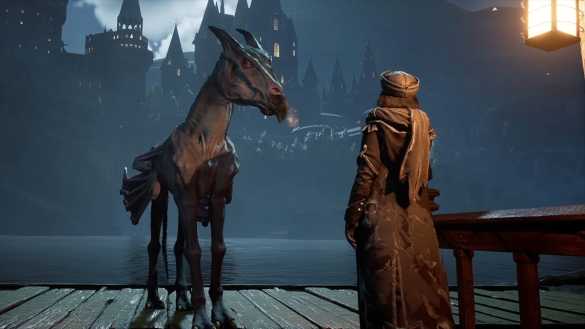 One of the most enjoyable parts of games for many people is exclusive cosmetics that differentiate you from other characters. Hogwarts Legacy is no different, allowing you to purchase a particular pack that unlocks a cosmetic robe set and an exclusive mount. What’s even better about this pack is obtaining the Dark Arts Battle Arena to fight in. If you’re interested in learning more, continue reading to discover how to get the Dark Arts pack in Hogwarts Legacy.

How to Get the Dark Arts Pack in Hogwarts Legacy

There are two main ways to get the Dark Arts pack in Hogwarts Legacy. The first is by purchasing the game’s Deluxe Edition. By buying this pack, you’ll gain the base game and Standard Edition bonuses alongside 72 hours of Early Access and the Dark Arts pack. The extra cost of the Deluxe Edition accounts for these two additions. If you buy Collector’s Edition, you’ll also gain these benefits and added perks from the upgrade.

More specifically, you’ll have to pay an extra $10 to upgrade from Standard to Deluxe Edition. If you’re on PC, Switch, PS4, or Xbox One, you’ll have to spend $69.99 instead of $59.99 for Standard. This price increases to $79.99 for Deluxe if you plan on playing the game on PS5 or Xbox Series X|S.

Hogwarts Legacy will be available on PC, PlayStation 4, PlayStation 5, Xbox Series X|S, Xbox One, and Nintendo Switch through the official website. If you’re interested in learning more about the game, check out How Does House Sorting Work and Will Hogwarts Legacy Have House Points?