The Best Kirby Games of All Time - Prima Games
Featured

The Best Kirby Games of All Time 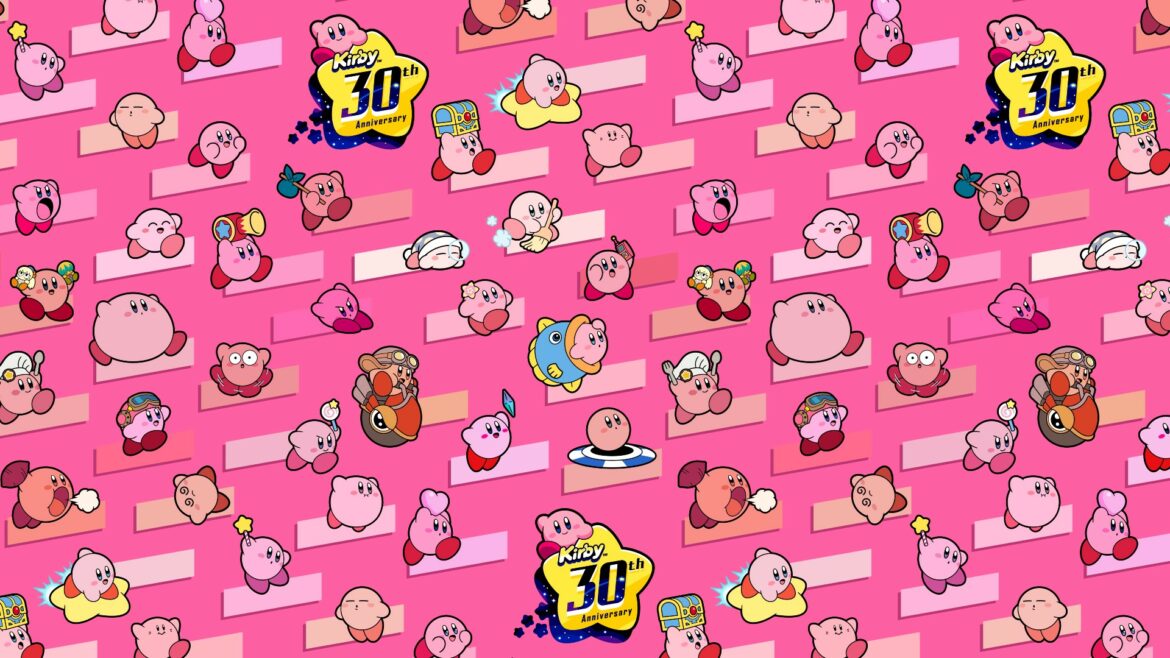 Whenever I see King Dedede my mind, poisoned by Online, immediately goes to his wacky anime dub Foghorn Leghorn voice and all the YouTube shitposting using it. But that doesn’t mean I don’t think Dedede is awesome, in fact he’s one of the coolest in the Kirby crew. And we love Kirby here at Prima Games. While I’m not playing the latest game, Kirby and the Forgotten Land, for our review, I’ve played everything else. So I’m kind of an expert.

So with that in mind, I felt like writing a list article and after thirty years, I think there’s enough Kirby content to justify lining up my favorites. After all, there are just about as many Kirby games as the number of years the wiggly pink walking wormhole has been around. Because I wanted to go a little easy on myself, I decided to cut the list off at the top five, especially because that way I don’t have to talk about Kirby 64.

I dunno, folks, something about Kirby 64 just doesn’t settle with me. It’s like eating something that tastes just fine, but churns in your guts for unknown reasons the next day. So if you’re a Crystal Shards stan, I’ve warned you in advance. Now, on to my top five best Kirby games of all time. Or, you know, about thirty years.

The bottom of my list is the Kirby game I’ve replayed the most. There’s just something about NES games that you can breeze through that just feels good. It’s a little hit of dopamine instead of a little hit of a fist in your face like Battletoads or whatever.

Adventure is the second Kirby game, but it’s the first game for their copy ability, which immediately became the core gimmick. In the original Kirby’s Dream Land, the little guy could only fight “disarmed” for the most part. The NES follow-up, while not Dream Land 2 (also definitely not on this list), put a lot of effort into building out Kirby as a universe, and establishing the copy ability in great, late NES-era detail.

This game is interesting because despite being a Kirby game, got roped into a little bit of difficulty discourse. You can’t really die in this one, so doing well is more about full level completion. I don’t care about that, though; I think Kirby’s Epic Yarn looks incredible. The household crafting material thing Good-Feel did here has only grown since, but it really started here.

That’s it really, Epic Yarn is a cute little co-op platformer that’s easy on the eyes and then some. Otherwise, yeah, there’s not a lot of depth. But, its charm factor is as strong as rocket fuel so that makes up for it in my book.

Kirby became Nintendo’s weird little experiment sandbox for a while, where weird gimmicks and gameplay ideas got dumped to get some IP juice. But on the Wii Kirby was able to get back to their roots, with a fourth canonical Dream Land game! Canon doesn’t mean anything in Kirby, the title just means it’s a platforming adventure in which Kirby does Kirby things, and there’s considerable co-op options.

It’s basically the most AAA Console Game Kirby ever got before the Nintendo Switch came out, and it was pretty great. Return to Dream Land didn’t reinvent the wheel or anything, but it did exactly what it set out to do.

Overall, the Nintendo DS Super Star Ultra is one of the better remakes out there. It’s everything that was cool about the SNES original, with more stuff and fancier visuals. But the original Super Star was special; there wasn’t really anything else like it at the time. Plus, it had two-player co-op that didn’t require multiple consoles.

Kirby’s universe being expanded via a bunch of smaller adventures bigger than minigames but much smaller than Full Games ended up being a stellar idea. With the smaller chunks, the creators were able to get weird and ambitious. That led to epic setpieces like Revenge of Meta Knight and goofy gags like Gourmet Race that’d be too good for a minigame but not enough to sustain a retail scale.

Super Star Ultra did a great job respecting the original game and adding to it in ways that made sense. From additional elements to help younger players through, to entirely new game modes, the modernized controls barely felt like a big deal despite being one. Kirby being stuck on handhelds for so long was a bummer, but this was the best possible version of that.

Apparently it’s a bit controversial to put Dream Land 3 on top, and I definitely admit to some nostalgia goggles here. Only a little though, because Dream Land 3 is a real one without a doubt. It has an enthralling art style in a similar fashion to Yoshi’s Island, a bunch of cool animal friends and huge levels hiding myriad secrets. Each level had its own sort of side quest, in which you had to help a random character with a problem to get 100% completion.

You also had to find out what the problem even was, too! And sometimes it was so obtuse you’d never think of the solution as a kid without the internet. Also Samus is in there for some reason as one of the folks who needed help? Man, I was like ten and had no idea what a Metroid was. How was I supposed to know to freeze them? It seems so obvious now.

Gooey was also introduced here, with a drop in/out co-op function that worked incredibly well for a fast-paced platformer. There was really a lot to Dream Land 3, from hilarious idle animations showing how much pain a copy ability was causing the user (something I didn’t think much about until now, and the implications are horrifying) to the massive levels and secret doors. If you’re into Kirby and missed Dream Land 3, I suggest dropping everything and fixing that blind spot.