Golfie Preview | Hitting the Links and Shuffling the Deck

This won't be Everybody's Golf. 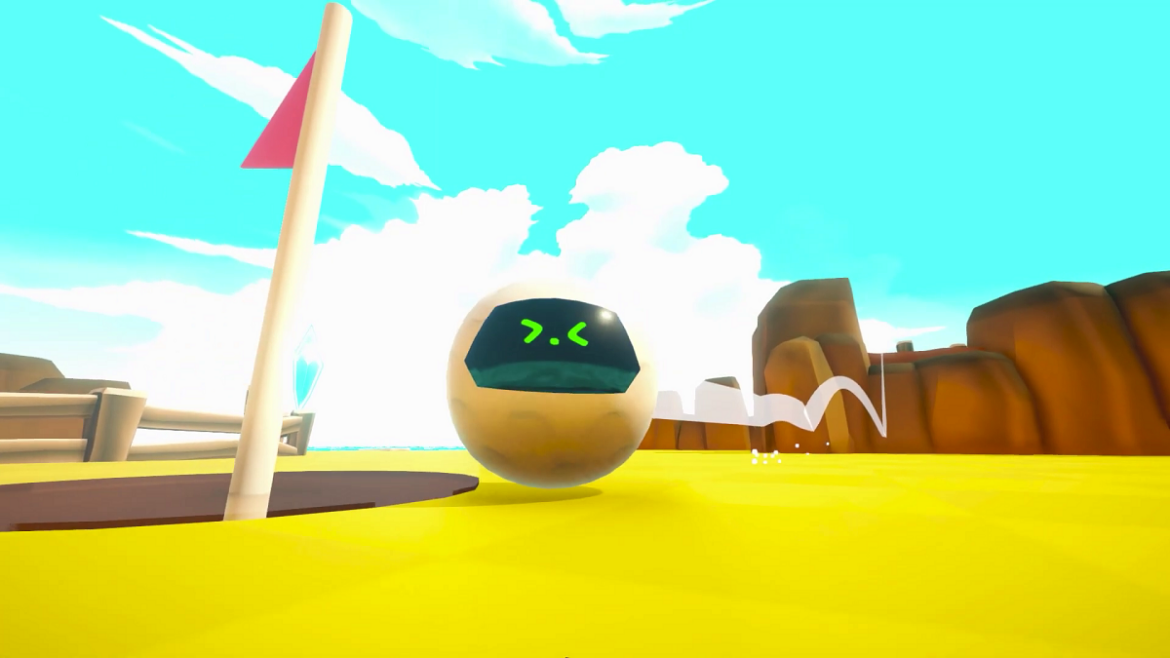 Not every gameplay style lends itself to becoming a roguelike, but it’s always interesting to see developers try their luck. From the tried and true dungeon crawlers to more unique offerings from the AAA end of things, there is an abundance of options for anyone looking for procedurally generated fun. Golfie, a new arcade sports release in Early Access from Triheart Studios and Yogscast Games, attempts to take Slay the Spire’s card-based systems and integrate them into a mini-golf course. The result can be rough at the best of times, but there is exciting potential in what the team has come up with.

Some Early Access games feel ready to go right off the bat, but that isn’t the case with Golfie. You’re thrown into the game with minimal tutorial and minimal explanation on how the systems work, leaving you to experiment and hope for the best. While a sandbox mode that’s perfect for experimentation is unlocked from the start, the primary mode demands a skill level that won’t come immediately. It feels like the game is missing a mode between the two extremes that could feed people into the high score-focused 18-hole runs.

As for the gameplay itself, Golfie’s rendition of hitting the links feels awkward. That’s down to the control scheme, which requires pulling back on the mouse to launch balls forward like they’re in a catapult. It doesn’t mix well with a free-wheeling camera that never locks into an ideal view of what’s ahead for each shot. These problems handicap anyone looking to play on a controller, making it hard to aim confidently when combined with the various power-ups that should be Golfie’s most exciting aspect.

Each hole starts with players drawing several power-up cards that modify the next shot. Some add power or curvature to a putt, while others give you the ability to summon a ball-sized hang glider or slam it onto the green from above. The more off-the-wall options are rare additions you add between holes or by aiming at diamonds randomly scattered around the play area. There’s a good variety of powers here, and most of them are fun to use initially, even if they require some patience to get used to.

The problem comes with Golfie leaning too hard into its identity as a sports game. Even though you’re adding jump pads and jetpacks to the game, the physics and the courses can feel like you’re playing on the PGA Tour. Stacking power-ups together to try to get a hole in one seems like a perfect challenge with this setup, but it often leads to your ball careening out of bounds or bouncing off the scenery into an inescapable hole halfway to the green. The fact that those types of situations even exist calls out the problem with procedurally generating courses, but that’s a whole other issue.

If Golfie had a less realistic physics system or power-ups that felt less bombastic, the whole game might gel a little better. However, the fact that you’re getting random power-ups drawn for each shot means that you can lose out on perfect runs and miss shots just by running out of luck. In most games of this type, failure is primarily the player’s fault, but Golfie runs typically have players cursing the RNG gods rather than considering what they did to get kicked off the course.

It’s a shame because the extras surrounding the main gameplay feel like they’re ready for primetime. Players unlock customization for their tiny anthropomorphic golf ball as they finish holes and runs. You also unlock additional power-ups this way, giving you ample incentive to keep playing just to see how crazy your next birdie might be. The menu promises a multiplayer mode that isn’t available as of yet, and that might be where Golfie shines most. Competing against a leaderboard in a less than precise game can be frustrating, but it feels like the perfect way to blow off some steam with some friendly competition.

If I had to change anything about Golfie, I would introduce some sort of puzzle mode with handcrafted levels. The mechanics of blasting your ball into the sky feel woefully undocumented in what’s available now, and a mode that’s fun to go through while also teaching you the basics and providing some solid footing for the game as a whole would be most welcome. As it stands, Golfie is hard to recommend as anything but an experiment in what happens when a new genre gets the procedurally generated treatment.

A copy of this game was provided by the publisher for preview.