I am a believer now. 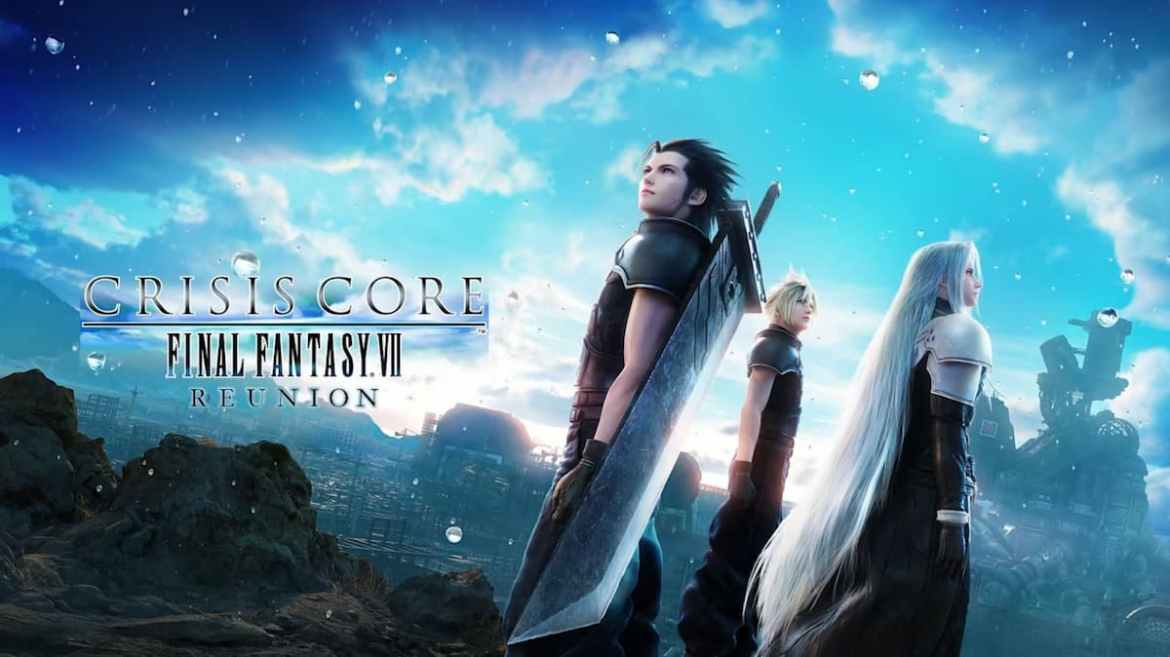 Last week, I attended a Square-Enix preview event for a handful of games. In fact, you can read my Dragon Quest Treasures preview right now. While there, I also got to check out the upcoming remaster of FFVII Crisis Core, and let me tell you, I think I’m finally going to play Crisis Core.

Admittedly, I’m not the biggest FFVII person. I played the remake and enjoyed it enough to care about Cloud and his companions. The ending of that game left me more interested than ever, and Crisis Core FFVII Reunion is filling in the blanks I so desperately need about Zack Fair.

The demo I played was roughly 20 minutes long and was heavily focused on combat, but it was just enough to remind me how well these games feel. Crisis Core’s combat system is reminiscent of FFVII Remake but still heavily features the Digital Mind Wave, more commonly known as the DMW system.

If you’ve played Crisis Core before, you’re aware of the slot machine running in the corner as the battle progresses, hoping it lands on a set of numbers that provide beneficial buffs like invincibility, increased critical damage, and AP cost zero.

The DMW system did not feel intrusive, but I also rarely noticed it during battles. It felt largely unimportant during my time with the demo. However, as fights get more challenging and drawn out, I could see this having more of an impact.

The demo took me through part of the Wutai clan and had me face off against some Wutai soldiers and then the iconic summon, Ifrit. Both battles felt clean, easily readable, and engaging enough to keep me going. Using powerful abilities like Blizzard Blade looked flashy and kept me on my toes when managing all my meters.

All your significant abilities, magic, and combos were attached to the shoulder button menus. It was simple to execute quick attacks and dodge rolls. This helped combat flow and kept it from feeling like I was fumbling through a bunch of menus just to do a simple task. The triggers allowed me to swap between different potions and ethers quickly, and the L1 button pulled up all of my equipped materia.

However, what dragged me in, was how much I began to remember about the world of FFVII, characters like Sephiroth and Yuffie appearing for brief moments in the demo. Just long enough to remind me how much worldbuilding and storytelling there is here. I was seeing all of these characters before the events of FFVII and how it all came to a head to pave the way for what ultimately happens in VII.

While it’s just a remaster, it looks great for a PSP game. It’s not quite as polished as FFVII Remake. It still retains the original game’s charm, which lets it toe a fine line between new and nostalgic. The soundtrack in my demo oscillated between shredding heavy guitar chords and more traditional Final Fantasy fanfare themes. While Zack hacked and slashed through enemies, it never felt like it had lost its Final Fantasy roots.

I don’t know much about how this story shakes out, especially now that it has the “Reunion” title attached to it. The demo was just enough to prove that I care about this world, its characters, and how everything ties into the larger picture. I was worried about a remaster of a PSP game and how it would feel, but my hands-on time with the game proved otherwise.

While my time with Crisis Core Reunion was short, it was indeed sweet. I look forward to playing it when it launches on December 13, 2022.