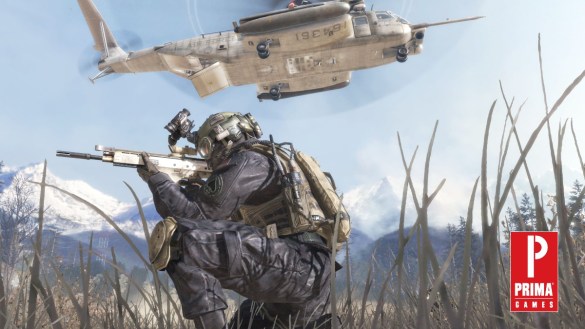 Someone needs to say it. Call of Duty: Modern Warfare 2 2009 would never survive the scrutiny that video games receive today. COD players have spent far too long idealizing this game and even screaming for an MW2 Remaster nearly every week. But it wouldn’t last a month before the player base started bashing their favorite game or the player base simply dwindled away.

No, I’m not saying that Modern Warfare 2 2009 is overrated. It’s far from overrated, and I would still consider the juggernaut of a title to be in the top three Call of Duty games ever released. But it would simply be eviscerated if it were released today, and it’s time for players and media alike to stop looking back with rose-tinted glasses. We all know deep down that we’ve moved too far ahead to go back to that gameplay style.

Before some of you decide to call me a “movement kid,” I’ve been playing Call of Duty since COD 4 was released for the first time. I’m no stranger to the franchise, and I’ve played every year since. Now I’m here to show you exactly why MW2 2009 would be hated today so we can hopefully all move on from the veteran versus new player debate, which has become more than overdone.

Modern Warfare 2 2009 was an Unbalanced Mess

One of the largest pain points for current multiplayer shooters is balancing. Between new metas and busted weapon patches, the playerbase always has something new to yell at developers about. If we just think about the last few years alone, we’ve had DMR metas in Warzone, snipers that are slower than ever but are still called too fast in multiplayer, and shotguns that felt too powerful. There is always something that is too powerful and needs tuning. As gamers, we’ve collectively wanted better balance across the board.

Well, there is no worse example of balance in a Call of Duty game than Modern Warfare 2. If you played MW2 in its prime, all I have to say is Model 1887, Commando, Noob Tune, and so on. Tons of weapons had no recoil, insane time to kill, and busted stats. Even the Intervention sniper rifle, a crown jewel in the community, was much faster and deadlier than snipers found in Modern Warfare 2022. Did everyone forget where quick scoping truly started?

Let’s not forget about One Man Army and Killstreaks. Not only could players repeatedly refill their grenade launchers with insane damage numbers, but Killstreak eliminations would count towards more streaks. Getting a nuke was sometimes as simple as getting a seven-kill streak for a Harrier. These are just a few absolutely broken mechanics that would make players lose their minds these days.

So, why does everyone claim this as one of two Call of Duty games that deserve GOAT status? Because we didn’t know what a balanced Call of Duty game was yet. True balance wasn’t brought to a Call of Duty until Black Ops 2. Before then, players only knew the multiplayer that we had. Competition, as we know it now in Call of Duty, had only just begun, and most players were far more casual. There was no such thing as balance in many cases! Infinity Ward released their game, and that was that for months or weeks at a time.

Of course, major problems called for quick fixes, but patches weren’t done nearly as fast in 2009 or 2010. Live service wasn’t a concept, and no one cared about competitive integrity in the game. Modern Warfare 2009 was all about the cheesiest kills possible and simply having fun in the game. Most complaints about Modern Warfare 2022 aren’t about fun or how the gameplay feels. They are about which guns feel too broken or which mechanics don’t work well in Warzone 2. Those issues are nothing compared to the past.

We’ve Gone Through This Already with Modern Warfare Remastered

Do we need proof that these debates are another case of the community not really knowing what it wants? Well, just look at Call of Duty 4: Modern Warfare Remastered. Fans were ecstatic to try that Multiplayer once again, but two camps were created instantly. New players had no interest, or old players were in it for the nostalgia. Either way, the player base quickly dwindled. Surprisingly, it’s the same game from so many years ago.

If it weren’t for the disdain of the COD release that year, the game would likely have had even fewer players. And, of course, one of the largest complaints would be geared toward balance. Yes, COD 4 was also busted, and players could use the M16 with Stopping Power to kill anything that moves in the blink of an eye.

It’s fun to revisit these old titles, especially if you have been a fan of the series for a long time. But we’ve collectively experienced too much. Call of Duty changes every year, and so does the industry as a whole. Though we claim games used to be better, most of the time, it’s nostalgia talking. There are certain points to be made about live service models and the damage those have done, but that is a conversation geared toward content and the split between paid or free maps.

Related: What Is The Maximum Lobby Size in Call of Duty: Warzone 2.0 DMZ

Older players and new players alike are all used to systems with far faster movement, much better weapon mechanics, and incredible balance that is done on a near-weekly balance in every competitive game. It’s impossible to go back to what was considered the best over 10 years ago. In the same way that we make fun of games like Skyrim, and the gameplay found there, the same would certainly happen to Call of Duty titles before Black Ops 2.

Modern Warfare 2 Remastered would at least finally paint this picture for everyone in the community. Maybe then we can focus on helping to make these games better instead of clamoring for what played well before half of these players were born.