Is Divinity Getting a Nerf in Destiny 2? - Answered - Prima Games
Coverage

Is Divinity Getting a Nerf in Destiny 2? – Answered 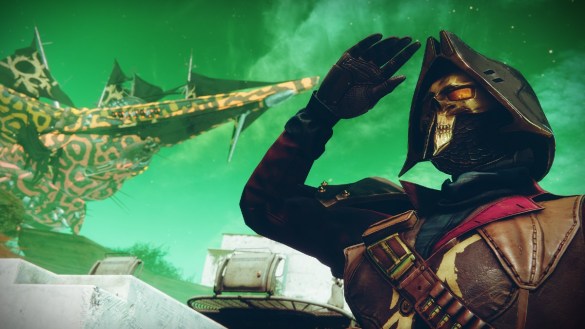 It seemed like it was only a matter of time, and now a Divinity nerf may finally be on the way within Destiny 2. This change is sure to stir up some debate in the community due to how prominent the Exotic Trace Rifle has become in end-game content, but Bungie doesn’t seem like they are going to budge.

In the weekly blog post released on October 6, Bungie outlined a ton of small changes coming to popular weapons and kinetics throughout the game. No Time To Explain is another weapon that will be getting a change, but it won’t be as severe. Going forward, Divinity may take a backseat in raids and we’ll go over the changes being made to the weapon in Destiny 2.

Destiny 2 – How is Divinity Getting Nerfed?

What makes Divinity so powerful is the Judgement exotic perk tied to the Trace Rifle itself. This perk envelops targets in a field that will weaken and stun them. Weakened status effects cause the target to take more damage by a percentage, and it can be found in other Void subclasses as well. Most of the time, the weakened debuff applies a 15% increase to damage taken.

Divinity, on the other hand, applies 30% overall, and with multiple fireteam members running the trace rifle in Destiny 2, it’s a recipe to melt enemies in end-game content. Most teams are essentially stuck to the weapon because it’s so good, but much of the community likes this. Regardless, Divinity will see a 50% reduction in the weakened debuff, bringing it to 15% like other Void subclasses.

Related: Where to Find Sundering Glare Mod in Destiny 2

Bungie explained their reasoning for the change because many were vocal on Twitter. They believe that Divinity wasn’t too powerful, but they don’t want to power creep other sources of Weakened above the Trace Rifle to make other options viable. That means the weapon needs to be lowered. But the changes may not happen until Season 19, so there is still time for more changes in Destiny 2.

And that’s all. For more great updates, guides, and news, head over to the dedicated Destiny 2 section of our site!