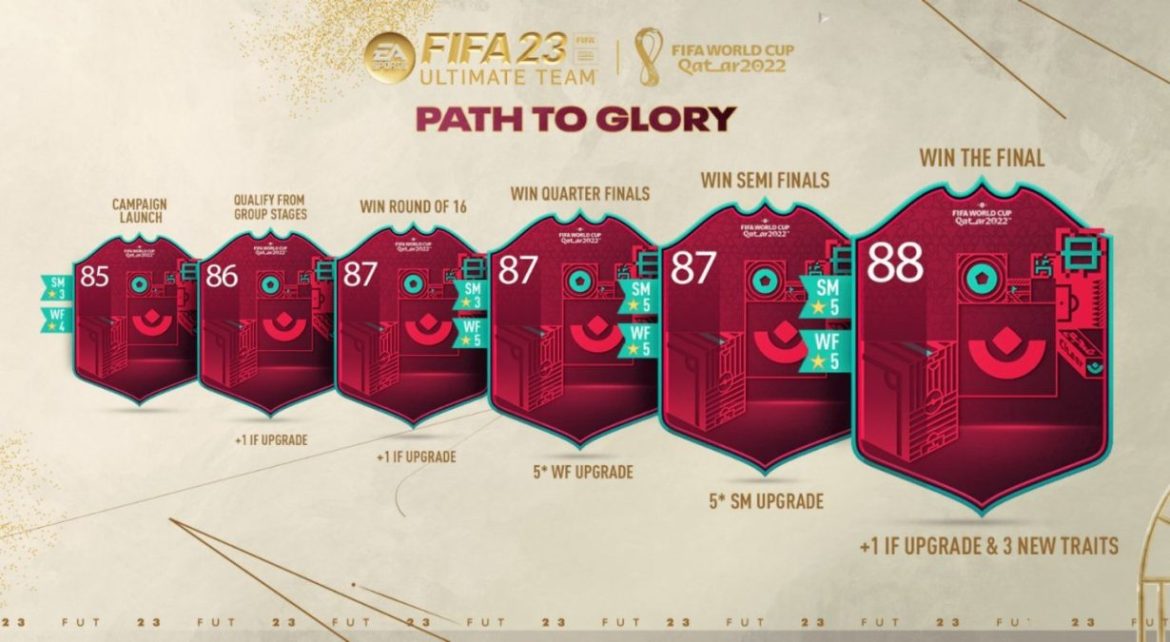 The time has come when the Blue Planet and all its inhabitants will have their eyes on every country’s fight for glory in the FIFA World Cup 2022. While the wait for the opening match of the next FIFA World Cup continues for a little bit longer, gamers were more interested in what releases FIFA Friday had installed for them.

The FUT public was far from disappointed when EA released Team 2 Players for Path to Glory and FIFA World Cup Heroes. With the timing of it all, this should be and could be the final team release for Path to Glory, as we are only hours away from the official start of the world’s biggest sport to take center stage.

List of Some of the FUT Path to Glory’s Team 2 Players Released:

With FIFA predicting Argentina to go all the way, there are some Argentine players up for grabs in this pack. It would be wise to pick players from nations considered favorites to win the tournament. Research and learn who they are and keep them in mind when selecting your items for FIFA 23 UT. This strategy will be best to approach your selection before the tournament starts.

Only after Matchday 2 will FUT players have a clearer view of what nation should be advancing past the group stages and know who they should pick, swap, or keep when the first upgrades are introduced, which is the Round of 16. Remember that upgrades are not based on individual players, but on the entire country and their progress through each round.

In case you missed the Initial launch of the FUT23 Path to Glory Team 1 Players, here you go: