Who is the Hydro Archon in Genshin Impact? - Answered - Prima Games
Tips

Who is the Hydro Archon in Genshin Impact? – Answered 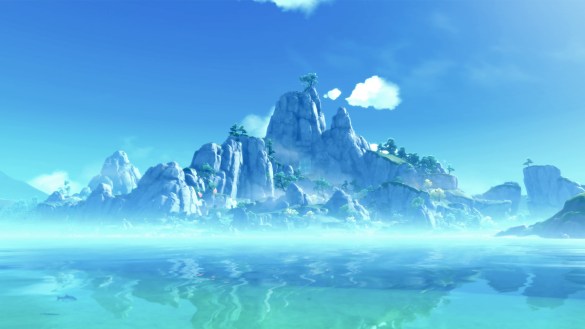 With the imminent arrival of the Hydro region of Fontaine in Genshin Impact, we’ll delve into its entertainment culture as well. Things like movies, publications, photography, and music all have originated in the region, and it seems that this is not a coincidence but something that its ruler have decided themselves.

But who is this person known as the Hydro Archon? They were mentioned a couple of times around the story and even in a few events, but nothing very concrete about them was revealed at the moment. Here’s what we know up until here about the current ruler of Fontaine.

Who is the Hydro Archon in Genshin Impact?

The Hydro Archon is Focalors, the second person to bear the title after the passing of the original winner of the Archon War. She is the God of Justice, and her name comes from The Lesser Key of Solomon the King just like many other important characters, belonging originally to one of the 72 Ars Goetia demons. Focalors is a duke just like Barbatos.

She has made no direct appearances in the game yet, but was widely mentioned by different characters as responsible for Fontaine having become a “dangerous and oppressive” location lately, as stated by Liben in his latest Merchandise event.

It seems that her goal is to achieve a truly fair nation, purging any wrongdoing from its borders. This is implied by her seemly passion for the law and judgments. Nahida said that while Focalors won’t directly be involved in trials, she “likes to immerse herself in the atmosphere” they give.

Dansleif also mentions that she “lives for the spectacle of the courtroom, seeking to judge all other gods. But even she knows not to make an enemy of the divine”, meaning that she fears Celestia but isn’t afraid of any other gods.

The Elemental Gemstones used for character ascension all contain quotes from their respective Archons. Focalors quote is the following:

My ideals have no stains.

I must correct you. People here bear no sins in the eyes of the gods… Only laws and the Tribunal can judge someone.

They can judge even me. So praise my magnificence and purity.

She shows to have a twisted concept of what justice truly is and is confident enough to put herself to a trial knowing that no harm would be done to her, as she believes to be completely pure and innocent.

The situation doesn’t seem to be an Inazuma-level case where authority reigned above everything else. We get to see many Fontaine NPCs around the game, and they rarely speak ill of their homeland. But it doesn’t seem to be a very good place for a vacation considering Focalors’ current world views.

As for her appearance, she has a fairly good chance of being another Honkai Impact lookalike just like Alhaitam or the Raiden Shogun. But even with current leaks, it’s hard to pinpoint exactly which character she’ll draw inspiration from. We might learn in a few months when the region is finally playable.