Who is Ramattra in Overwatch 2? - Answered - Prima Games
Tips

Who is Ramattra in Overwatch 2? – Answered

Who's the star of Overwatch 2 Season 2? 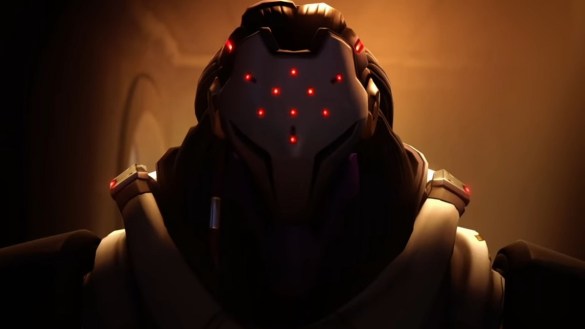 One of the highest-anticipated bits of Overwatch 2 content is and always will be new heroes. New maps are great, and new battle passes mean a heap of cosmetics, but new heroes are immediately in your hands and ready to give you a unique experience in every match you play. With the next season of content fast approaching, Blizzard took to the Overwatch League to announce the new hero, Ramattra, who’s set to be the game’s next tank. Here’s who Ramattra is in Overwatch 2 and where we’ve seen them before.

Who is the New Tank Ramattra in Overwatch 2?

Ramattra has been a bit of an enigma for Overwatch 2 players since his initial tease, which happened a few years ago. As a refresher for veterans, and information for new fans, 2019’s Overwatch Archives event saw the introduction of the Storm Rising co-op mission. The mission follows Tracer, Winston, Genji, and Mercy as they chase down a member of Talon’s inner circle, Maximilien.

Related: Do You Need Xbox Live to Play Overwatch 2? – Answered

Once they reached the end and prevented Max from escaping on a helicopter, he made an offer to the squad for info on Doomfist’s next move. After the offer was given, the cutscene cut to Doomfist speaking to a leader of the Omnic extremist group Null Sector, praising their “noble” cause, but expressing that it was doomed to fail (no pun intended). He then offered them to join Talon and aspire for much higher goals, which the Omnic responded to with “you have my attention.”

This was the last we saw of Ramattra for three years, until now. The character has returned, being revealed as the game’s Tank character for Season 2 of Overwatch 2! While we still have yet to get our hands on him, he’ll likely prove to be a formidable foe both in the lore and in the game itself.