Who is Faruzan in Genshin Impact? - Answered - Prima Games
Tips

Who is Faruzan in Genshin Impact? – Answered 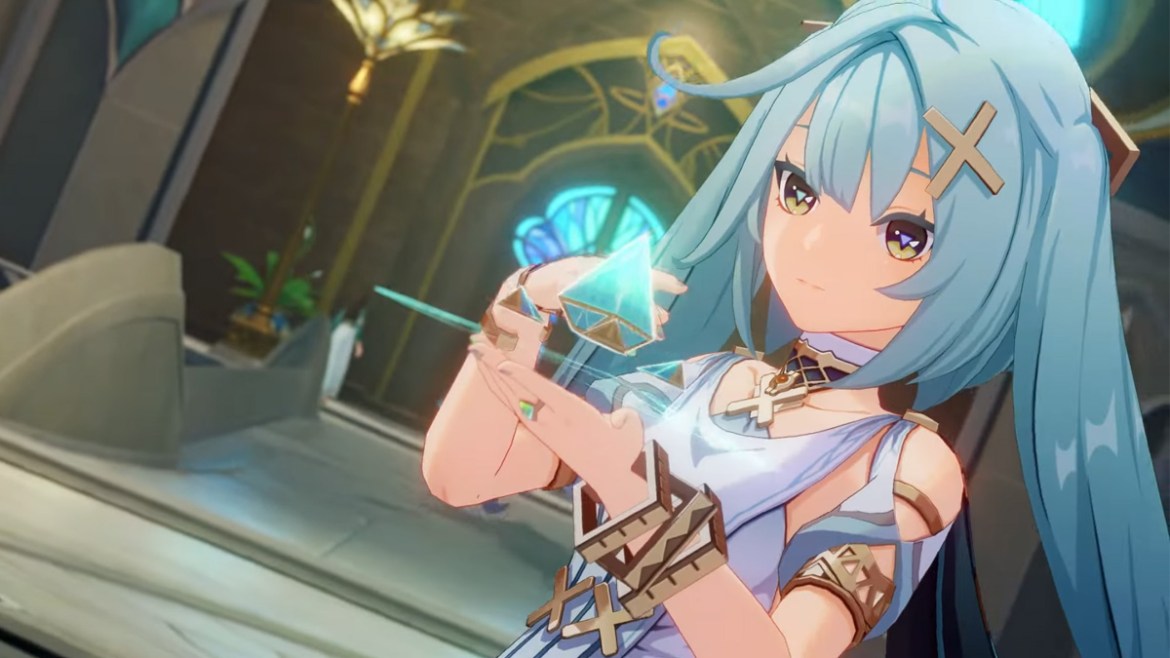 Genshin will most likely not be hosting any other in-game collab so soon after the disastrous situation with Horizon Zero Dawn, so don’t be expecting characters from other franchises to make their way into the game. Faruzan may be the closest thing we get to see Hatsune Miku in the game, though.

The Enigmatic Machinist from Sumeru can be defined as a calm, knowledgeable person that imposes herself as a senior whenever she’s in the room, demanding to be called “madam”. Maybe that’s why Cyno says that she’s just like a “kindly and chatty parent”. But who is Faruzan, actually?

Once a Haravatat student in Sumeru Akademiya, she found herself somehow exposed to the remnants of the old Scarlet King in the desert of Sumeru. When a god is killed in Teyvat, its essence doesn’t disappear completely, and these remnants have mysterious, unpredictable properties. In her case, she was magically stuck in time, unable to grow older no matter how much time passed.

Around a hundred years ago, she wandered around Sumeru solving many puzzles and leaving notes behind, and those became references for many of the region’s mechanical innovations in the following years. She wasn’t around for seeing this, though, as she got herself trapped inside some mysterious ruins. That’s when she suddenly stopped aging, and it took almost a hundred years to finally solve the puzzle necessary to escape.

She continued to boast about her expertise in her own area, but that has fallen out of its former glory throughout the years, making it harder for her to be funded for her research. Using her centenary age as an excuse doesn’t help either, no matter how much she demands that.

Related: Who is Layla in Genshin Impact? – Answered

Her notes have been important to the Kshahrewar studies school in the Akademiya, one that she refuses to join even though she’s also experienced in it. She’s still devoted to her linguistic studies instead of mechanical ones, something that shocks students when meeting her for guidance. That and her age, of course.

She’s described as a proud genius in the Akademiya, and mentors students going through problems in her knowledge areas. Hatsune Miku being a design inspiration for her is possibly far from being just a community meme knowing that the “mi” in Hoyoverse’s old name “miHoYo” does, in fact, come from “Miku”. Tech otakus indeed.

She also received an Anemo vision at some point and is now an upcoming 4-star Bow character dedicated to supporting other Anemo units, similar to other niche supports such as Gorou, Shenhe, and Kujou Sara.

How old is Faruzan?

We cannot determine exactly how old is she. The puzzle incident happened over a hundred years ago, so she’s already in the three-digits house. She has the “young girl” base model for her character and considering she was a student at the Sumeru Akademiya, she was old enough to apply for it. We don’t know exactly how old you have to be for that, though.

Since we can’t pinpoint exactly when she enrolled in the Akademiya, we can estimate that Faruzan has at least 118 years, assuming was at least 18 when she first became a Scholar. No ages are ever officially given in Genshin Impact, though, and this is more like speculation.

There’s no concrete way of knowing how much time has passed, but many springs have passed since then, causing her to be disconnected from the rest of the world. And it seems this causes some sassiness in the individual.