Where to Find Holiday Presents in Fortnite Chapter 4 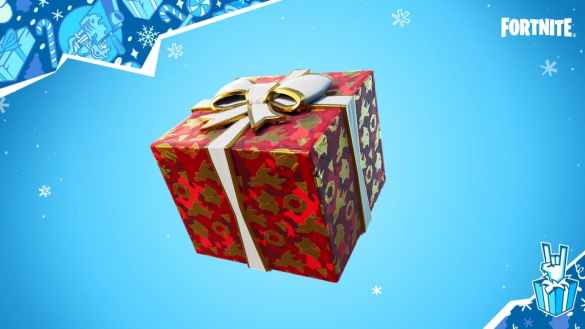 A game as big as Fortnite wouldn’t refrain from hosting its own Holiday events, and that’s what they’ve been doing with Winterfest 2022. Players can get their own presents while they play to celebrate the special season, and that goes from exclusive festive items to literally getting present boxes around the map during a match.

The Holiday Presents are back in Chapter 4 with even better loot than ever. Finding an early present is just perfect for quickly stacking yourself, and there are plenty of missions related to getting them. Just don’t shoot Santa (unless he does it first, of course).

Where to Find Holiday Presents in Fortnite Chapter 4

Holiday Presents can be found all around the map just like any other regular loot. Presents are still classified as legendary even though they are technically event items, which means that it will be pretty rare to stumble across them randomly in your very first match.

Your best bet is searching for them in named locations (such as Frenzy Fields and Shattered Slabs) as they usually have higher loot spawn. That doesn’t mean they cannot appear in unnamed, smaller areas, so keep your eyes open.

Sgt. Winter is also driving around the map throwing some presents here and there, so take this chance if your paths cross during the match. You should be able to find him naturally if you survive long enough.

Related: Where to Find the Snowball Launcher in Fortnite Winterfest

Presents are quite hard to miss, so grab them as soon as possible. Also, remember that you’re not the only one looking for those, so prepare to fight for your life (and your Christmas gift) if any other squad is getting near them.

How to Complete the Throw Holiday Presents Mission in Winterfest

One of the main reasons for finding those gifts is to complete a mission that demands you to throw them at named locations. The hardest part is actually to find them, but if you were lucky enough to score one while going through a named area such as Anvil Square, you’re good.

You have to throw presents in three named areas, and the same area cannot be used twice in a match. You can do it through separate matches, so don’t worry about being eliminated early. Just steal another kid’s present and throw it in another location in the next match. That’s the real holiday spirit.