When is the Delibird Tera Raid Event in Pokemon Scarlet and Violet? - Answered - Prima Games
Tips

When is the Delibird Tera Raid Event in Pokemon Scarlet and Violet? – Answered 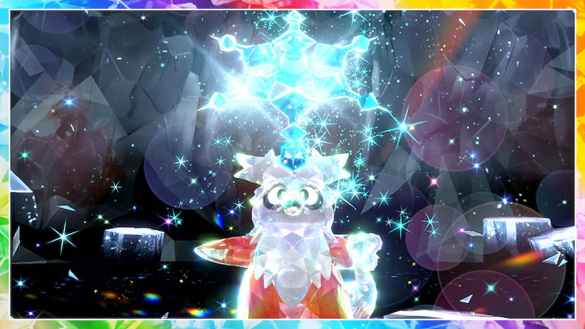 Nintendo has prepared a special Christmas present for all Pokemon Scarlet and Violet players this holiday season with the upcoming Delibird Tera Raids. These special battles will be available temporarily, featuring the Pokemon world’s closest version of Santa Claus as its protagonist, complete with deadly gifts. And as you may expect, trainers can get many rare items and special prizes by participating in these.

As it’s obviously made to celebrate the occasion, it couldn’t happen at a better time. But when will this bird Pokemon go down through the chimney and arrive in the special challenges present in the Pokemon Scarlet and Violet games?

When is the Delibird Tera Raid Event in Pokemon Scarlet and Violet?

Delibird will be making its debut in Tera Raids from December 23rd to December 25th, making a complete Christmas run. Differently from the previous special Tera Raids, such as Tyranitar, Salamance, or even the 7-star Charizard, this raid emphasizes the joy of gifting and bringing the holiday spirit to players. As long as you’re not the Grinch himself, you know how it works.

So these raids will be rated as the regular 1 to 5-stars, and there is no set Tera type for Delibird. The Flying/Ice Pokemon might appear terastalized as any of the 18 available types in the game, so be prepared for anything. But since this is just a regular raid with some better-than-usual drops, don’t worry about having a special setup just for that, as was the case with Charizard.

But something similar might be necessary for the future as an upcoming Cinderace Tera Raid was also announced. Fifa’s World Cup may have ended, but Paldea keeps the soccer spirit alive, bringing the previous’ generation starter back. Cinderace is a 7-star Tera Raid, just like Charizard, but boasting a Fighting Tera type and possibly requiring the same effort to defeat as its predecessor. Cinderace will be entering the field just a few days after Delibird is gone, so you still have quite some time to prepare.