When Does the Snow Go Away in GTA 5? - Answered - Prima Games
Tips

When Does the Snow Go Away in GTA 5? – Answered 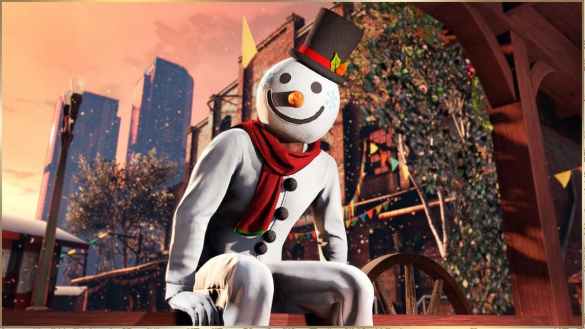 Festive events are still on the corner in GTA Online. Christmas is already gone, but celebrations continued to happen in Los Santos, and that includes the occurrence of snow falling down in the streets. Although the holiday aesthetic is nice and all, we know that not everyone is very fond of this chilly ambient.

Snow keeps pouring down during the event, and it makes driving harder (thanks for giving us physics, Rockstar) while also obscuring the regular vision. Starting snowball fights and taking part in events like The Gooch is fun, but we know that it will inevitably end sometime. So when does the snow goes away in the game?

When Does the Snow Go Away in GTA 5?

As the snow is a feature of the current holiday events, it makes sense that it will be gone when the game is done with it. So according to a recent article on it by Rockstar, the snow should be gone by January 11 alongside all of the Christmas/New Year events currently hosted in the game.

Snow usually stays for a little while during January whenever it appears in the game, and this year hasn’t been an exception. It also tends to go away around this same date, so it has followed the yearly trend fairly well.

Related: Everything Included in The GTA+ Online Subscription Service

So you have around one more week to complete all event challenges, such as finding and disposing of the Gooch to get its mask, destroying all 25 Snowman scattered around the map, and enjoying other features such as the Drop Zone, which will also go away when the Festive Season ends.

Make sure to grab all of the event cosmetics before they run out as they’ll probably not be around again anytime soon. And don’t forget to say your goodbyes to the snow in a week. It will be missed (or maybe not).