When Does Marvin the Martian Come to MultiVersus? - Prima Games
Tips

When Does Marvin the Martian Come to MultiVersus?

When will Marvin finally get his kaboom? 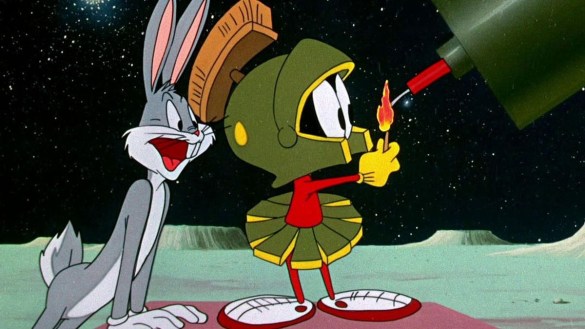 Update: I love being right. Marvin the Martian is set to come out today, November 21, 2022, after a maintenance period ending around 1 PM ET.

Earlier this week, MultiVersus season 2 launched, and with it came news of what kind of content we’ll see. Over the next three months-ish, there will be new characters, stages and who knows what else. The first new character we know of is Marvin the Martian, another much-needed villain on the roster and definitely a potential candidate for must-buy announcer voice. So the obvious question is, when does Marvin actually come to MultiVersus? We don’t have a solid answer just yet, but here’s what we do know.

We don’t have an official release date for Marvin, but I have reason to believe he’s coming out very soon. Honestly I wouldn’t be surprised if he was released sometime next week! That’ll be the week of November 21, 2022 as of this writing. I’m not just saying that because it’s a gut feeling or whatever, it’s because Marvin is being heavily promoted right out of the gate.

Season 1 came with a lot of fumbles, because of course it did. A small team launching an open beta ain’t gonna pull everything off flawlessly. Rick and Morty got delayed, and things were looking a little bleak until a surprise was dropped in the form of a teasing Gremlins animation. Gizmo was out within a week (albeit delayed slightly). Since then, that’s been the play for Player First Games rolling out new characters.

There’s a cute video tease, and an announcement of who the character’s voice actor is. In this case, Eric Bauza is here for his third credited role. Which isn’t surprising considering the machine that dude is. Anyway, I was surprised to see this stuff dropping on Twitter already, because I figured the new character would take a little more time to be safe.

But to be fair, Stripe and Black Adam pretty much met their targets. Black Adam had to be a few days late, but Stripe was out when they said he was out. This safer version of not pointing to new characters until they’re about ready for action has been a smart move from a small dev team. So I don’t see why anything would change at this moment.

As an aside, I just want to take a second to whine about what it’s like to be the MultiVersus beat writer here at Prima Games. Normally, we can rely on social media feeds, press releases and other consistent channels for information. The official information, anyway. MultiVersus has three different feeds (well, two and a very active game director), and sometimes news pops up on one and not the other! It makes sense (and is actually kinda funny), but dang. The press releases don’t come until way later, and of course have small tidbits of additional context for a post I’ve probably already published!

Just a fun anecdote to make up for the non-answer upstairs.