What is Weapon Triangle in Fire Emblem Engage – Answered 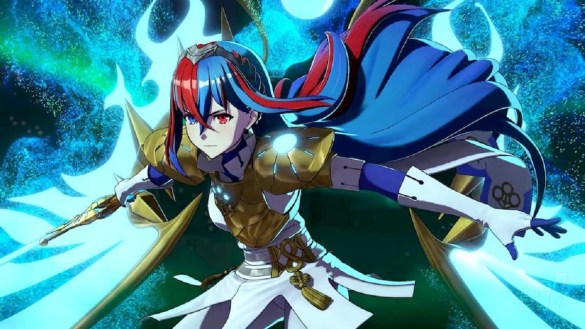 The Weapon Triangle makes it triumphant return in Fire Emblem: Engage, after skipping the hyper-popular hit Fire Emblem: Three Houses. But if you’ve never played the series before, you might be wondering what in the world a weapon triangle is and how it will affect your gameplay.

What is Weapon Triangle in Fire Emblem Engage?

The Weapon Triangle is essentially paper, rock, scissors… but with weapons.

This might seem like an old hat if you’ve played previous Fire Emblem installments. But Fire Emblem Engage also brings to the table a new coupling:

And knives and bows and tomes? Well, they’re left out in the dust. If a weapon is super-effective against another, it’s called “triangle advantage” in forums, and while that weapon will be stronger against that enemy, it offers no other advantages. Attack, Hit, and Crit will all remain the same.

What is Break in Fire Emblem Engage

When a character has Break applied to them, you can imagine it as that character dropping their weapon. This means that they won’t act on their next turn when Break finally wears off. And since they don’t have a weapon, they can’t attack or counterattack. This means you can essentially get away with less damage.

Related: How to Get the Pact Ring in Fire Emblem Engage

But certain enemies are not affected by Break. These enemies are Armored class enemies, and they’re already being considered for meta-online play—their ability to never be Broken means that they can always counterattack.

But if you intend to go for a Break build or always chase Breaks, there’s one Sync skill that will really benefit you: Break Defenses, Emblem Marth’s Skill. This skill allows you to do a follow-up attack for 50% damage on a foe that’s just been Broken.