What is Sysbot for Pokemon Scarlet and Violet? - Answered - Prima Games
Tips

What is Sysbot for Pokemon Scarlet and Violet? – Answered 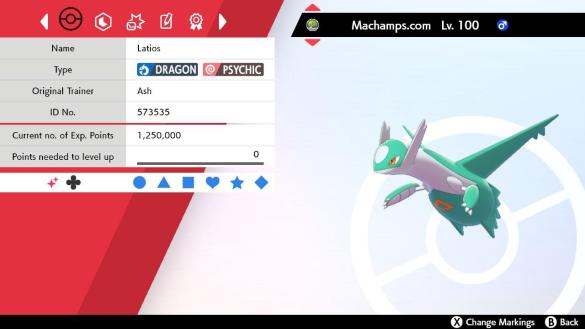 Pokemon Sysbots are an interesting way for trainers to generate, trade, and clone Pokemon in Scarlet and Violet. While I’m not going to tell you where to find and how to use a sysbot, we will be discussing what they are and why trainers use them. Keep in mind, Nintendo is cracking down on sysbots and you could get banned if caught using generated Pokemon in competitive modes. Without further ado, continue reading to learn what a Pokemon sysbot is.

What is Sysbot for Pokemon Scarlet and Violet?

A sysbot is a way for Pokemon trainers to generate, trade, and clone whatever Pokemon they desire. From shiny Rayquazas to Max IV Dittos, a sysbot will generate and trade that Pokemon to you with ease.

Shockingly enough, sysbot trades are performed using Link Codes, and the bot will trade you your desired Pokemon in return for whatever you decide to give it.

Pokemon sysbots have evolved throughout the years, and are now primarily utilized through Discord servers. Players will enter a command into one of these servers, and the bot will generate a link code to trade with.

Those who have performed surprise trades in the past may have received a Level 100 shiny Pokemon named Machamps.co. This is an example of a sysbotter who is giving out free Pokemon as an advertisement.

While players may be tempted by the infinite Pokemon generation that comes with sysbots, there are some cautions that they must be aware before using them.

Can you Get Banned for Using Sysbots in Pokemon Scarlet and Violet?

Pokemon Scarlet and Violet sysbots have just started popping up around the internet, and unsuspecting players are being tempted to generate a quick Max IV Shiny Ditto to perform the Masuda Method with.

It is important to know that Nintendo is actively banning players who utilize sysbots in certain ways, and let’s say these bans are quite severe.

If you are caught using a sysbot-generated Pokemon in competitive modes, your Nintendo Switch is at risk for being banned. Furthermore, adding a hacked Pokemon to Pokemon HOME has also been reported to leave players at risk for a Switch ban.

Related: Can You Get the Belly Drum TM in Pokemon Scarlet and Violet? – Answered

These bans are extremely severe, and will prevent you from using any Online features on your Switch. This includes the Shop, as well as connecting online to any of your favorite Pokemon (or any other) games.

If you don’t think you will be using generated Pokemon in either of those ways, then using sysbots are actually quite safe.

However, don’t take this as a recommendation. I am not liable for any Nintendo Switches being banned because of this post.