What is Stamina in Warhammer 40K: Darktide? – Answered

Out of breath and out of time. 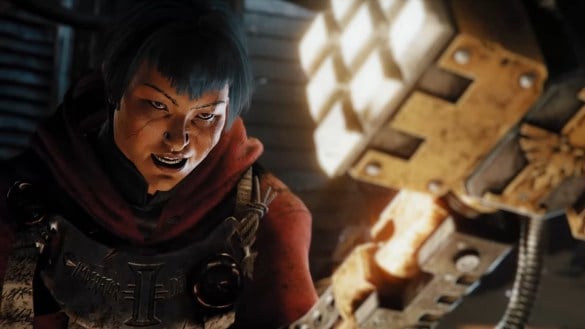 Warhammer 40K: Darktide has a lot of stats to consider, both very often and not often at all. As a few examples, Toughness is a stat that you need to keep track of at all times to ensure you won’t start taking health damage. Something like Ignore Enemy Hit Mass from a blessing, for example, doesn’t need to be focused on quite as much since its changes aren’t as effective on your strategy. One important stat to keep track of, but isn’t always clear, has some players confused. Here’s what Stamina is in Warhammer 40K: Darktide.

How Does Stamina Work in Darktide?

While going through a level, you’ve likely noticed Stamina at the bottom middle of your screen, slowly depleting upon performing certain actions. Several bars sometimes will disappear but sometimes don’t. The amount of bars also varies based on the weapon you’re holding, only adding to the confusion. Alas, there is a method to the bar-shaped madness.

Stamina affects your ability to both sprint fast and push enemies. When sprinting, you’ll likely have noticed that sometimes your sprint isn’t as fast. That’s likely because you’re out of Stamina and need to recharge. This can’t be changed by anything, however, your ability to push can. Each push you perform (attacking while holding block on your melee weapon) costs a single stamina bar. This is what a stat like Max Stamina changes. The more bars you have, the more pushes you can execute without running out of Stamina.

Stamina can be a major factor when playing at higher difficulties. Pushing isn’t super effective at the lower difficulties, though in higher difficulties, it’s some much-needed breathing room so you can swing safely. Managing Stamina combined with everything else can overall make you a better player, and ensure you’re taking damage less often. You can even push enemies off a cliff if you so desire.