What are AQ Soldier Kills in Warzone 2.0? – Answered

A weird way to describe these sorts of kills, but a way nonetheless. 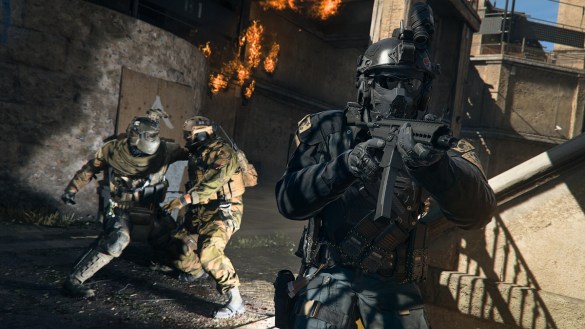 Warzone 2.0 is now available, and with it comes a ton of new things to learn. Aside from the endless weapon spray patterns, different bits of movement tech, and optimal loadouts for each weapon, there are also new features such as Strongholds, DMZ, and so much more. One rather confusing new addition comes in the form of a new stat after you complete a match. Here’s what AQ Soldier Kills means in Warzone 2.0.

In short, AQ Soldier Kills stands for Al-Qatala Soldier Kills. This might add more confusion, but from the Campaign of Modern Warfare 2, you’ll know that Al-Qatala is the antagonist force of the new universe. Al-Qatala soldiers in Warzone 2.0 are the AI opponents you do battle with, across the new Strongholds and randomly throughout the map. With all these kills being racked up, the team behind Warzone 2.0 needed a way to keep track of them without making them purely kills and inflating that stat. The solution is AQ Soldier Kills, which remains separate from your K/D ratio due to their ease compared to human players.

Related: Does Warzone 2.0 Have Bots? – Answered

If for some reason you wish to bring your AQ Soldier Kills stat up, whether it be for bragging rights or a challenge of some sort, the best place you can do so is in these Strongholds. They may be an attractor of other players, thus more often leading to your death, but they also house the most reliable supply of AQ soldiers to slaughter. Jumping into a match and landing near these structures will likely be your best bet, though be ready for other squads possibly looking to do the same as you. Keeping you alive means less kills for them, and vice versa.