Was the LA Thieves CDL Skin Nerfed in MW2? 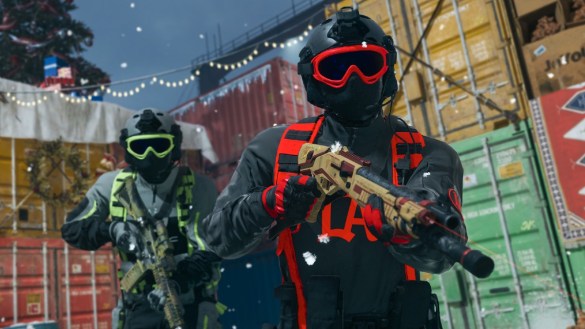 Since the CDL team skins dropped in late November, there has been one skin variant that players were flocking to in Modern Warfare 2 and Warzone 2. Compared to the other team skins, it was the LA Thieves CDL skin that carried a clear visual advantage within the battle royale or multiplayer.

Many have already compared to new LA Thieves skin to the Roze operator skin from the original Warzone. Both skins are nearly entirely black with no material shine, so they blend into almost everything. But it was clearly a problem, and it may already be fixed. we’ll go over whether the skin was nerfed in Modern Warfare 2 and what that nerf will look like.

MW2 and Warzone 2 – Was the LA Thieves CDL Skin Nerfed?

Based on how the Call of Duty League handled the use of the all-black team skin, it was only a matter of time before a change was implemented. According to photos from the Season 1 Reloaded blog post on the official Call of Duty site, the LA Thieves CDL skin has some small but significant changes. In other words, there was certainly a nerf implemented.

The skin in question was specifically the LA Thieves away skin which has no white, just like the other team skins. However, all of the other team skins feature their main colors alongside the black on the clothing. On the LA Thieves CDL skin, it was almost entirely black aside from the red logo on the chest. In both Modern Warfare 2 and Warzone 2, this is the only skin that could effectively hide in shadows.

Once the Season 1 Reloaded update drops on December 14, the LA Thieves CDL skin will feature more red outlines on the chest harness as well as the goggles. There could be more red colors on the lower half, but we’ll have to wait and see. The good news is that players can begin using the skin once again in CDL matches.

Of course, there are some players who bought the skin specifically for the advantage it had in Warzone 2 and Modern Warfare 2. There are reports that some refunds are being offered, which are expected when a cosmetic changes. If you’re unhappy with the changes, definitely try to get some money back.