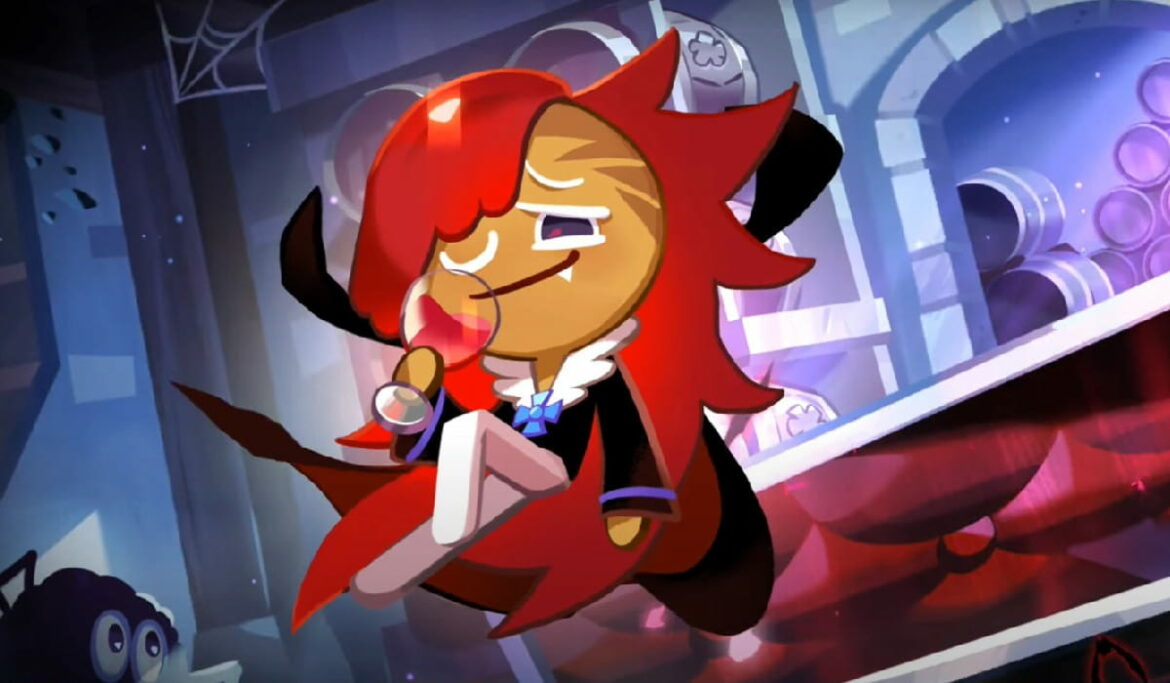 Vampire Cookie is an Ambush type cookie in Cookie Run Kingdom that primarily targets the backline and weakens them. As an Ambush character, Vampire Cookie’s main objective is maximizing damage output while improving his survivability through his lifesteal ability. One of the best ways to accomplish this is by equipping him with the right toppings! Continue reading to learn the best toppings build for Vampire Cookie in Cookie Run Kingdom.

Since Vampire Cookie is a DPS backline character, your top priority is improving his damage further. Vampire Cookie’s Vampirism ability grants him lifesteal that scales with damage dealt, buffing his attack stats will also increase the health he receives. As a result, he will not be nearly as reliant on Support and Healing characters, allowing greater focus on the rest of your party.

An alternative Toppings build for Vampire Cookie is to use Bouncy Caramel x5. While it is not quite as effective as Searing Raspberries, its usefulness is most apparent against large groups of low-health enemies. If Vampire Cookie already deals considerable damage to the opponents you’re against, increasing his attack speed will help him eliminate the group quicker and ease the pressure from your frontline. However, the decreased damage will make his Vampirism ability less effective, making him more dependent on your Supports and Healers.

In Cookie Run Kingdom, the toppings you use on Vampire Cookie will mainly depend on which ones you currently have available. If you have five Searing Raspberries on hand, using them onto Vampire is your best call to maximize the effectiveness of Vampirism. Similarly, equipping five Bouncy Caramel or a mix of Bouncy Caramel and Searing Raspberry will still give him noticeable buffs to help him deal with enemy backlines. This difference is especially apparent in Kingdom Arena when he dives into the rear lane to distract your opponent’s Supports, Healers, and DPS characters.