When will the next map bloom? 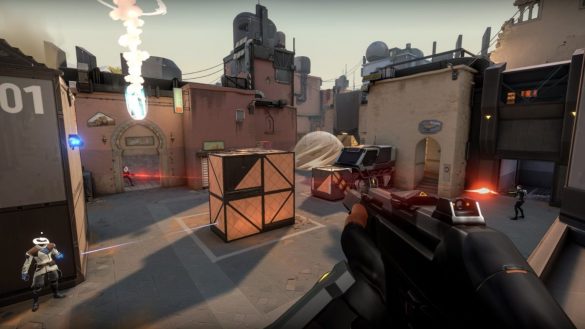 Valorant is well known for teasing their big agent or map reveals months in advance of their debut. We saw it as long ago as Reyna’s release with the odd teaser here and there, and an even bigger set of teasers with Fade personally contacting each Valorant agent in the map Fracture. It’s another way to drum up hype, and a successful one at that. It seems with the next map planned to launch in Valorant, the team wants to do something very similar. Here’s everything you need to know about the upcoming City of Flowers map for Valorant including its location, release date, and more!

What is the City of Flowers Map in Valorant?

The City of Flowers map, as it’s referred to now, is the next map on its way to Valorant. The map was first teased through the free reward for hitting tier 50 of the battle pass, with a player card showing a flower against a background of Indian ruins. The other major teaser at the time of writing comes through an audio log sent to Brimstone by Harbor (found down the stairs in the practice range). The audio details tests Astra, Killjoy, and Harbor have been running which find that the City of Flowers could be the location of a catastrophic shockwave and needs to be quelled before irreparable damage unfolds.

Beyond that, no other teasers have been unveiled by Riot. The only other thing we can assume is that “City of Flowers” is not the map’s official name due to their map naming scheme of single words. Instead, it’s merely the term Harbor gives it in the audio log.

Where is the City of Flowers Located?

While not directly stated, the background of the aforementioned player card and Harbor’s detailing of his home country being damaged in the audio log indicate the map will take place at some point in India. The city itself is unclear, though it should offer up a nice change of pace depending on the direction Riot takes the new map.

When Does the New Map Release in Valorant?

Given the usual timing of teasers leading up to release, it can be assumed that the map will come with the launch of Episode 6 Act 1. Going off of the battle pass length, that’s set to happen somewhere around January 9, 2023. That’s a long time to wait for a new map, though it should offer plenty more time for new teasers to be sent in by Riot. When they do happen, we’ll be sure to keep you posted.