The drought is over. 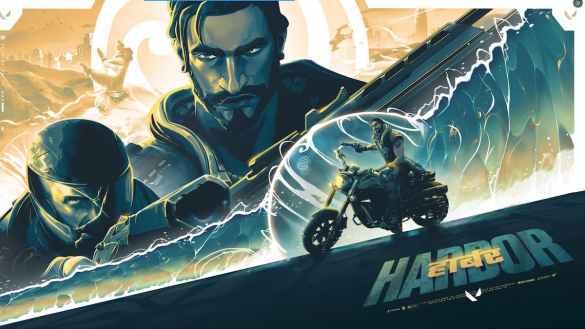 Riot Games has all but confirmed the newest agent to join the Valorant roster in a series of teasers released in the past few days. Agent 21, codenamed ‘MAGE’, has been hinted to players through in-game easter eggs, teaser trailers on Twitter, and blog posts with Valorant designers, and it appears that his release is approaching like an incoming tidal wave. Here’s everything we know about Harbor (Mage) – Valorant’s newest upcoming agent.

In an in-game email between agents Fade and Brimstone, we learn that Harbor’s real name is Varun Batra – possibly a reference to the Hindu god of the ocean ‘Varuna’. This coincides with rumors of Harbor hailing from India and being a water-bender of sorts. He’s also an operative for REALM, an agency that we haven’t heard of in Valorant’s lore until now.

Though not officially confirmed, we can be almost certain that Harbor is a Controller agent with water-related abilities. In the September 2022 State Of The Agents blog post, Valorant agent designer John Goscicki drops some obvious clues on what we can expect from the new agent:

“We have seen that Controllers are in a bit of a drought, and it feels like we have to go all the way back to ancient times to our last new Controller release with Astra. Aside from Viper, introducing Controllers that can cover large open areas is a blue ocean of opportunity. “

-John Goscicki, State Of The Agents

Related: How to Convert Valorant Sensitivity to Overwatch 2? – Answered

Looking at the newest teaser image (seen at the top of this page), we get our first glimpse of Harbor’s face. Is it getting hot in here? The tattooed bad-boy rides on top of a motorcycle and is seen in front of a literal wall of water with a large water dome directly behind him, possibly hinting at a couple of his upcoming abilities. Being a Controller, we can safely assume that he’s able to block vision with a water wall, similar to Viper’s, and can smoke off vital vantage points when needed.

And if you needed even more clarification, we’ve got a new teaser trailer from Riot:

Yeah, this guy and water are best friends.

We don’t have official confirmation of Harbor’s release date just yet, though, with the barrage of recent teasers and Act 2 nearing its end, we expect it to be pretty soon. Valorant Episode 5, Act 3 begins on October 18-19, and it’s probably a safe bet that Harbor will be released alongside it. Harbor will be Valorant’s fifth Controller-type agent to join the team, ending an almost two-year drought since Astra, the latest Controller, was released in March 2021.