It's out of this world! 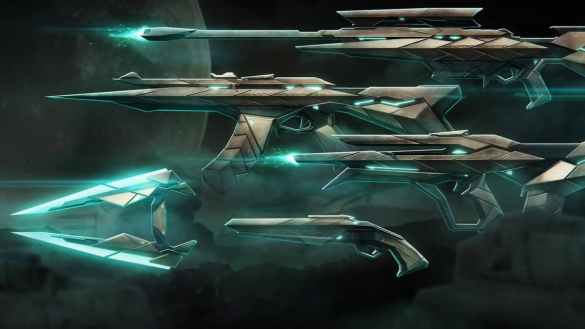 Valorant’s upcoming new episode, REVELATION, is set to deliver on loads of new content for the rest of 2023. With a new map, periodic battle passes, and possibly a new Agent in the future, we’ll have a lot to look forward to in Riot’s competitive shooter. Of course, it wouldn’t be Valorant without a steady stream of exclusive gun skins to throw your money at and flex on your opponents with, and that brings us to the upcoming Araxys skin bundle, set to release on January 10, 2023. Here’s everything you need to know about the Araxys skin bundle in Valorant, including weapons, prices, and release date.

The Araxys skin bundle definitely lives up to the “Premium” skin bundle name, as its five different weapons are packed full of potential upgrades, including animations, sounds, colors, and unique finishers. Valorant Producer II, Victoria Kim, states that the new bundle “[takes] inspiration from the idea of inorganic things being alive, of bodies made of metal and mineral – but breathed”. Based on the cinematic trailer above, these guns looks like living, breathing other-worldly machines.

Here’s what you can expect from the Araxys skin bundle:

Each skin will include, among other aesthetic upgrades, three extra color variants. A purple variant, a red and black variant, and a gray variant – all affecting the colors of the finishers and kill banners.

The Araxys skin bundle is set to release on January 10, 2023 alongside Patch 6.0 that introduces the REVELATION episode. Being an “Exclusive” edition skin bundle, it’s likely that it’ll cost you 8,700 VP to purchase the entire bundle, though each item can be purchased separately as well.