Time is a valuable thing, watch it fly by as the pendulum swings 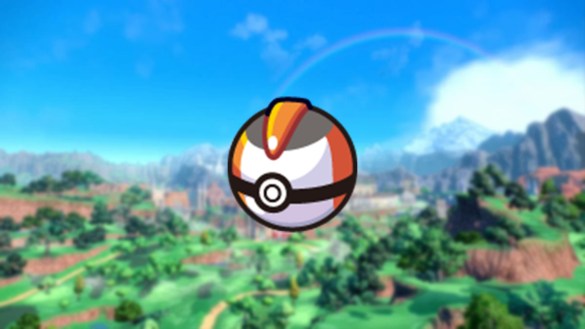 The Timer Ball is one of the most interesting (and one of the best) Poke Balls available in every game they’re present, and are the go-to choice when hunting those low catch rate critters in Pokemon Scarlet and Violet. In truth, they work for basically anything thanks to their unique catching mechanics.

As implied by its name, the Timer Ball gets stronger during longer battles. This is why it’s often used to catch legendaries, which usually have an abnormally low catch rate. We’ll explain how its catch rate actually works.

While many (I said MANY) factors can influence the catch rate, the Poke Ball multiplier is the easiest one to influence, as all that it takes is to use a better ball.

Under the right circumstances, the Timer Ball can have a huge catch rate multiplier of 4x. During the first turn, it has a multiplier of 1x (same as the Poke Ball), while after 10 turns since the beginning of the battle, it reaches that aforementioned cap.

For comparison, Ultra Balls only have a 2x multiplier and are already considered great as they are. Some other Poke Balls can also reach the 4x multiplier, but they also have their own hard-to-reach conditions which make them only useful for a handful of Pokemon, while the Timer Ball is universal.

To make matters simpler, here’s a quick table with the catch rates for the Timer Ball as they are since Generation V.

Related: How to Get Friend Balls in Pokemon Scarlet and Violet

As you can see, any turn past the 10th will not have any extra beneficial effect for the Timer Ball, but they’re already better than Ultra Balls past turn 4. They’re also basically equal to other powerful, restrictive balls, such as the Dive Ball (3.5 multiplier) at turn 8.

They are available at all Delibird Presents stores after earning the 8 Gym Badges, so they’re a good choice for completing your Pokedex if you’re struggling with a few difficult Pokemon that simply won’t stay put in an Ultra Ball. Its design is also pretty sick, so give it a chance whenever you can.