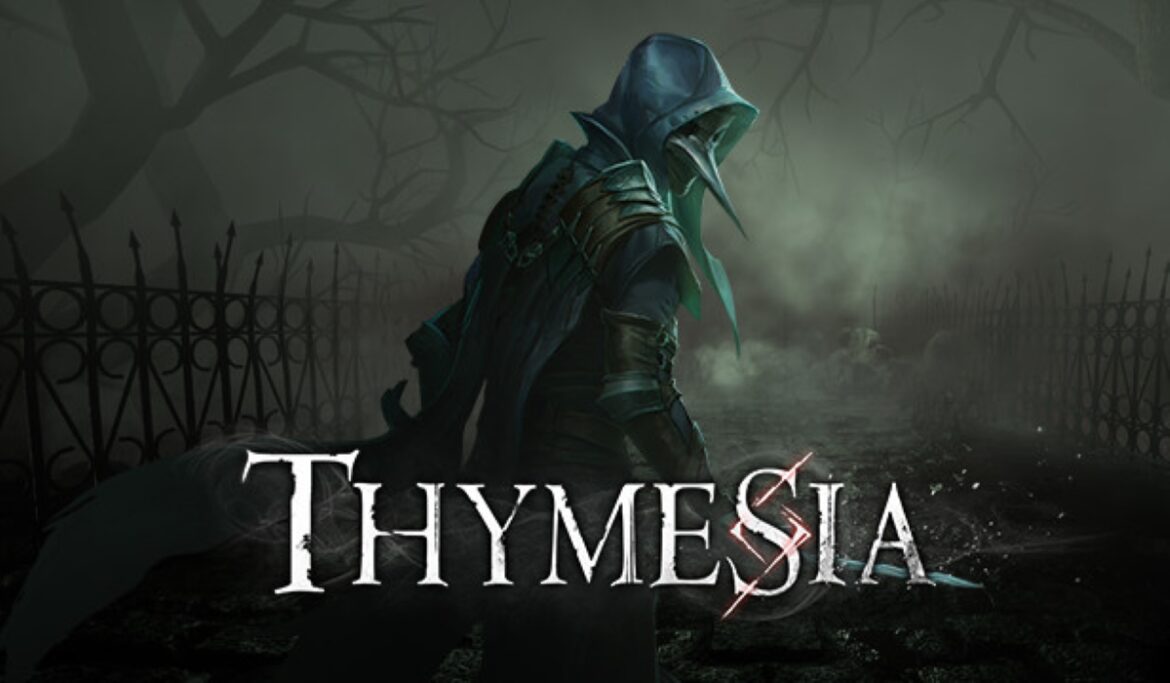 Following the footsteps of Soulsborne classics, the new Soulslike RPG, Thymesia, has a number of challenging boss fights that will test the mettle and patience of its Nintendo Switch, PC, PS5, and Xbox Series X|S gamers. While Thymesia’s bosses are generally easier than its Soulsborne antecedents, it is likely that many will endure “Memory Interrupted” screens at the hands of some of Hermes Kingdom’s most fearsome foes. Here is the definitive ranking of Thymesia’s bosses from easiest to hardest.

8. Sound of the Abyss

While Sound of the Abyss is an imposing opponent, as a slithering, building-sized, burrowing creature, this fight is really straightforward and can be survived even when making many mistakes. Sound of the Abyss only has four main attacks, all of which can be easily avoided. Once the Vile Blooded monster has finished its attack, the giant worm will kindly pause to let you hit its weak areas, which steeply decrease its health. While Sound of the Abyss does have a robust health bar and a half, the second phase only sees the creature flailing around for a minute while in the throes of death, and the only risk of Memory Interruption in this fight is by accidentally getting crushed by the dying creature due to standing too far to the left when Sound of the Abyss finally crashes down before its execution at the hands of Corvus.

God of the Fools is not a hard boss fight, in fact, the massive monstrosity goes down in merely one hit… after Corvus’ long slog of climbing to the top of the massive wooden arena that the fight takes place in. The true challenge of God of the Fools is navigating through the many clouds of poison gas, wooden planks, ladders, and enemies to finally land the killing blow on the creature. While most of the enemies encountered in the arena are basic and easily avoided, the true boss of this level is the knife-throwing monster-lady miniboss, who can quickly tear Corvus to shreds with her quick, oddly timed acrobatic moves that are difficult dodge.

Mutated Odur is where the difficulty begins to ratchet up on this list, but he is still nowhere near as challenging as his early-game, regular version. Mutated Odur has a variety of spectacular, deadly attacks, but they can easily be avoided within his large fighting arena. With massive tentacles and golden energy emanating from his body, Mutated Odur ceaselessly charges and jumps at Corvus, making this fight a test of dodging at the right moments. Through patience and tactical attacks, Mutated Odur can be easily dispatched, while overzealous challengers will likely find themselves losing their memory shards at the tentacled boss’s hands.

After seeing Corvus pummeled by the hulking “Grey Armor” knight at the end cutscene of the tutorial level, you might expect that Varg would be a brutal final boss fight in Thymesia’s campaign, but he ultimately serves as the game’s penultimate story boss encounter that largely follows the same pattern as his tutorial fight. Most of the Pure Blood knight’s attacks are easily dodged, or even blocked due to his slow speed, but when the monstrous knight hits Corvus, the blow lands like a freight train. The true challenge of facing the grey armored knight comes in the form of his double health bar, Varg’s second-phase aggressiveness, and the small Cathedral where the boss fight takes place in.

While The Hanged Queen could almost be interchangeable with Varg in terms of difficulty, what makes the second main story boss a slightly more challenging adversary is her health regeneration ability, which forces players to be even more aggressive, leading to mistakes, as playing too cautiously can make this fight unwinnable. Also, the giant bat has a huge variety of attacks including the ability to jump up and smash down on Corvus, bull rush, spray blood, summon exploding gems from the ground, claw players to ribbons, or even unleash an unblockable nova discharge that is extremely deadly. The best strategy against The Hanged Queen is to back the giant bat into a corner, and aggressively attack, so she can’t escape and regenerate health.

Thymesia’s first boss fight is one of its most challenging. What makes Odur, the Ringmaster of the Twilight Circus such a tough adversary is the combination of his fast flurry of attacks that are difficult to block, his ranged projectiles that can stagger Corvus, leaving players open to a brutal critical attack, and his ability to morph into invisible floating “Miasma” gas that makes him hard to track within the large arena. If you get too close to Odur, he can take Corvus’ health down in a performance of swipes or Heisman-pose kicks, while staying too far away leaves the player susceptible to ranged attacks. After dwindling down his first health bar, Odur’s second phase gets even scarier as his health bar replenishes and the room swirls with dust, making Odur difficult to track when he disappears.

Most annoyingly, all of the best plague weapons and the Long-lasting potion, which would make this boss fight a cakewalk can only be attained after this level, which gives Odur a significant advantage when compared to other bosses. According to Thymesia’s PlayStation 5 trophy list data, among early access players and reviewers, as of Sunday, August 14, 2022 only 40.9%* of Thymesia gamers on the console have been able to get past the game’s first boss, which shows Odur undeniably deserves a position as one of the game’s toughest adversaries, and might unfortunately end up being a wall for some players.

The mirror match final boss fight against Corvus inside of Corvus’ mind is equal parts frustrating and challenging, making it one of the hardest fights Thymesia has to offer. Corvus has the largest attack variation of any boss because he can seemingly conjure any plague weapon from his arsenal at a whim, giving little to no warning of what he is about to do, and dealing massive damage in the process. There seems to be no discernible pattern to his weapons of choice, except that he is going to find a way to try to bring the pain, no matter how far or close you are. Even his basic saber combat is difficult to contend with. To add insult to injury, just when you think you’ve finally beaten him, Corvus has an entire second health bar, with new, more powerful attacks at his disposal. It is best to keep a wide berth from Corvus within the boss fight’s watery birdcage, dodge his arrows, and wait for the rare windows where he leaves himself open to feather counterattacks.

Urd is in a category of her own when it comes to Thymesia’s bosses. The magic-wielding Urd has lightning-quick sword swipes, and wide-reaching attacks, and can decimate Corvus by casting large AOE (area of effect) magic circles. However, avoiding Urd’s arsenal of relentless attacks is not the hardest element of the fight, but is merely a secondary challenge to the ultimate feat of simply trying to land a single hit on her, as she can quickly maneuver around, behind, or away from players in the blink of an eye. Urd almost feels like an online 1v1 battle against a Soulsborne expert… a Soulsborne expert with two health bars. While that might be slight hyperbole, Urd will test the patience of newcomers and Soulsborne veterans alike and is the ultimate challenge that Thymesia has to offer.