Things to Do First In Elden Ring - Prima Games
Tips

Things to Do First In Elden Ring 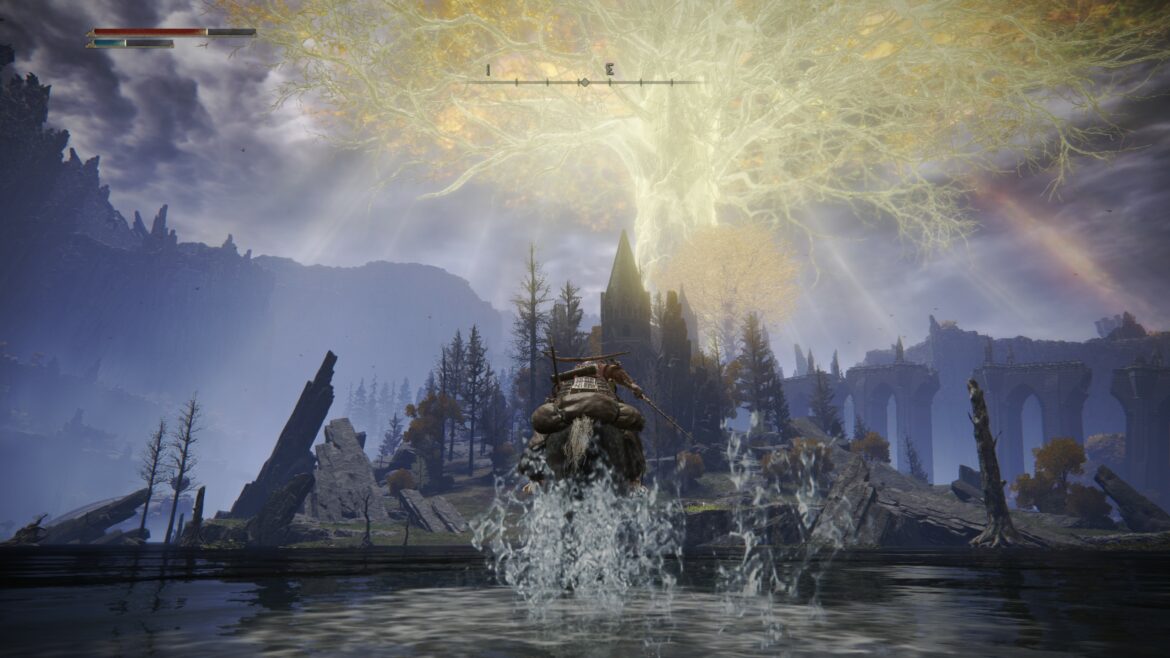 Elden Ring is a vast open-world game with a ton of optional content and secrets to find around every nook and cranny. It can be overwhelming when you first step foot into The Lands Between. Here are some things to do first in Elden Ring.

The map in Elden Ring is similar in nature to The Legends of Zelda: Breath of the Wild, in which the maps’ topography and finer detail will not be visible until obtaining that information. For Western Limgrave you’ll have to find the Map Fragment which is directly south of the Gatefront. You’ll see a small camp of enemies south of the Site of Grace, the Map Fragment will be on a pillar on the road leading to it.

Make it to the Church

This area is key to unlocking most of your basic systems in Elden Ring. It’s just past the big golden-clad enemy on the horse you can see immediately after exiting the Cave of Knowledge at the very beginning of the game.

Sneak past this enemy and follow the Guiding Grace on your map to find a ruined church with a merchant sitting at a campfire. Talking to the NPC will unlock him as a merchant which will sell you important items like the Crafting Kit.

Here you can also unlock the Maiden who will teach you to level up and give you Torrent, your mount that can be used in The Lands Between. Simply just rest twice at the Site of Grace to have the Maiden cutscene trigger.

You’ll find Smithing Stones around the far corners of the world and even from some enemies so always remember to be upgrading that weapon.

Do the Groveside Cave Optional Dungeon

The Groveside Cave Dungeon can be found directly north of the Church you’ve been spending time in. It’s a cave full of some wolves and a fast-moving boss at the end. While the rewards aren’t needed or that powerful it’s a good mini-dungeon to give you a sense of one on one boss fights and so much-needed Runes to spend to level up.

Don’t Be Afraid to Explore

If you’re hitting your head against a wall somewhere in the world, just go somewhere else. Elden Ring is designed for players to go explore another spot if the current one proves too tough. Maybe you want to level or go check out the landmark you’ve had your eye on. It’s really up to you to complete the game at whatever pace you like. Don’t be afraid to just mount up and ride in a direction until something catches your attention.

We have so much Elden Ring content and guides for you. Be sure to check it all out, including our review of the game.