Every confirmed videogame movie and TV adaptation releasing in 2023 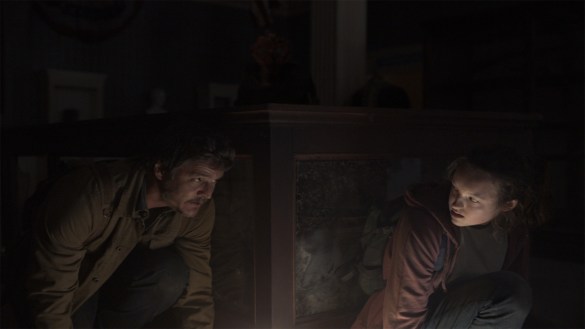 2023 is set to be an exciting time for new multiplatform and exclusive videogame releases from a variety of studios, but the new year also brings some exciting television and film adaptations of fan-favorite games. While many movies and TV series are still in development with unconfirmed launches, a few upcoming adaptations have clear-cut release windows and even some confirmed dates for when they can be seen. Here is your guide to 2023’s TV shows and movies based on videogames, including their release dates, where to watch, and the show’s descriptions.

The Last of Us Television Series

Where to Watch: HBO Max

The Last of Us Description: According to HBO Max, “The Last of Us takes place 20 years after modern civilization has been destroyed. In this action-adventure series, Joel (Pedro Pascal), a hardened survivor, is hired to smuggle Ellie (Bella Ramsey), a 14-year-old girl, out of an oppressive quarantine zone. What starts as a small job soon becomes a brutal and heartbreaking journey as they traverse the U.S. and depend on each other for survival.”

The series is based on the popular PlayStation exclusive videogame series of the same name, which initially released ten years ago on June 14, 2013, for the PS3. The story-driven game combined elements of horror and action-adventure and was praised for its realistic take on a zombie apocalypse, earning numerous game of the year awards and selling over seventeen million copies.

Where to Watch: In theatres, streaming at a later date

The film features a star-studded cast, including Chris Pratt, Anya Taylor-Joy, Charlie Day, Jack Black, Keegan-Michael Key, and Seth Rogen (among others). As seen in its trailers and teasers, The Super Mario Bros. Movie will rely heavily upon Nintendo lore and is bringing the most recognizable, iconic character in gaming back to the silver screen for the first time since 1993’s Super Mario Bros.

Where to Watch: Netflix

The Witcher Description: Netflix describes, “Geralt of Rivia, a mutated monster-hunter for hire, journeys toward his destiny in a turbulent world where people often prove more wicked than beasts.”

The television show is based on CD Projekt RED’s acclaimed RPG series and the seminal books by Andrzej Sapkowski. It is rumored that the third season of Netflix’s The Witcher series will serve as a sendoff to Henry Cavill’s Geralt of Rivia.

For more information on upcoming videogame film and television adaptations, Prima Games is your go-to source.