Hang with your homies 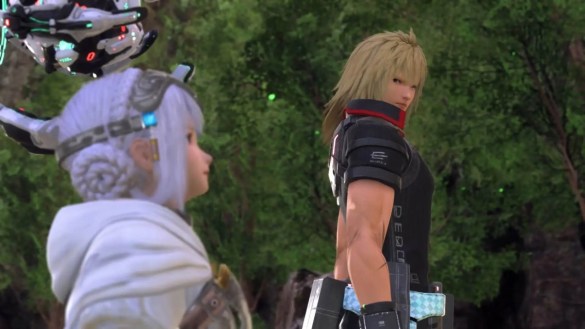 There’s a lot of interest in how something like romance is incorporated into Star Ocean The Divine Force. While not as big a part of the story as something like Mass Effect, romance or close friendships between your protagonist and the other characters is present. Star Ocean does this in the form of “Private Actions,” scenes between just the player and a character in one-on-one conversations meant to develop more intimate relationships.

Private Actions don’t draw a ton of attention to themselves, and it’s super easy to pass most of them by. There are other ways to influence the path to each ending, but chasing these scenes provides the most impact. Either way, you can’t tell with any in-game method exactly what track you’re on. You gotta feel that out yourself. But here’s how this particular mechanic works.

When you enter a town, city, general location involving shops and people, pay attention to your party. If you see that your party has been disbanded, you’re technically in the right position for some events. I say technically, because sometimes you simply don’t have anything available. Either way you’ll see your other party members represented on the map as green triangles, just like your own (just without the line of sight cone). You can talk to your buds for some canned dialogue, but if you’re eligible for a Private Action you’ll get that instead. And there will be a nice, little “Private Action” indicator at the bottom right corner of the screen.

During a Private Action you may end up with a dialogue choice. How you answer does impact your relationship with that character, so make sure you’re paying attention to the conversation. If you pick the answer they like, you’ll earn more “points.” And whoever you have the most points with at the end of the game determines your ending.

Private Actions generally aren’t missable since you can backtrack to locations you’ve been to before. So it could be a good idea to occasionally take the time to fast travel around and see if you have new ones available or not.