The Prime Directive's for nerds 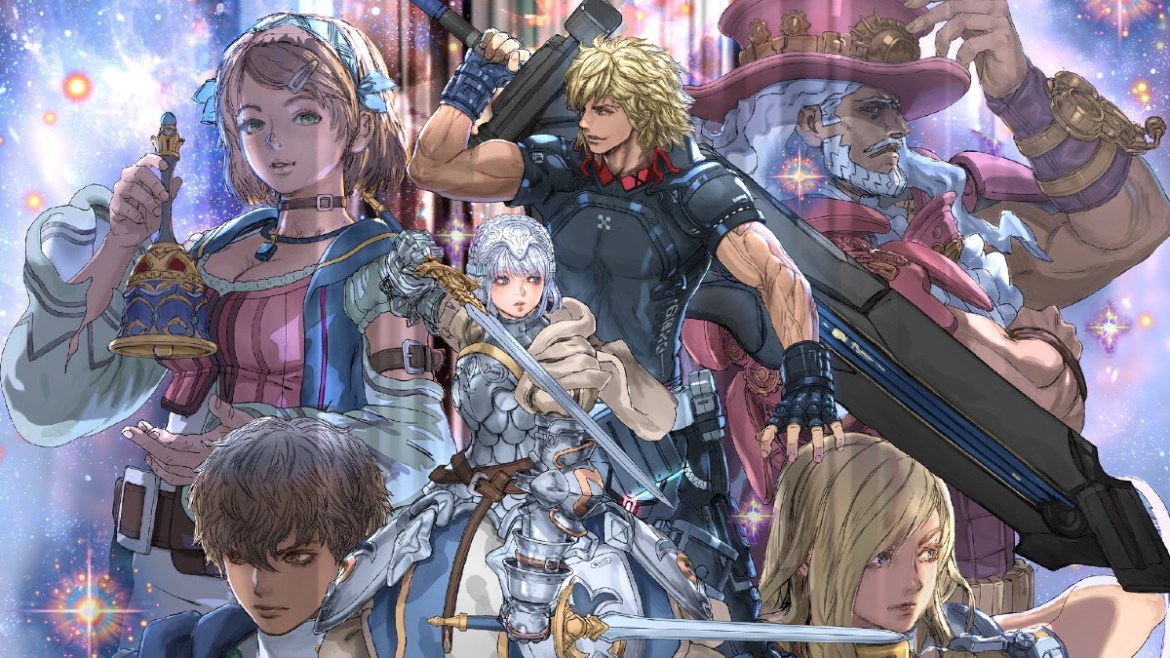 For quite a while now (sadly) I’ve been wondering how long it would take to see a direct allusion to the COVID-19 pandemic in a AAA (or close) game. There’s been enough time now (ugh) that damn near a whole game’s development could’ve happened while everything has been going on. But you know what? I never would have guessed the first game to hit that milestone would be a new Star Ocean.

I’ve been worried about Star Ocean for a little while. The previous game, Integrity and Faithlessness, didn’t land well at all. A mobile game barely got off the ground before it was closed down, and the most recent release was a port of the first game’s PSP remake with the second one nowhere in sight years later. Suddenly here’s Star Ocean The Divine Force, a massive-looking adventure that feels like a home run swing attempting to make up for a previous strike out.

Star Ocean The Divine Force offers a choice of protagonist, something the series hasn’t done in a long time. What’s interesting about that choice is each character represents a “side.” These games are often about sci-fi crashing into fantasy, in this case quite literally. One lead, Raymond, is captain of a merchant ship. Well, was. The other lead, Laeticia, is a princess on a crucial mission. With these characters running the show we get an interesting angle showing either side of this genre blend, as our heroes offer to help each other with their goals.

This is a more fascinating premise than it may seem in the context of Star Ocean specifically. And that’s because of a little slice of sci-fi philosophy known to many as “The Prime Directive.” That’s what Star Trek calls it; as humanity journeys across the vast infinity of space the big rule is to never interfere with a civilization’s natural progress. This often means a Starfleet crew has to rely on their own human tools to solve problems, instead of just zapping everything with phaser guns. Of course, sometimes those rules are strained due to crisis, circumstance or totally by accident.

Most of the time Star Ocean games really lean on that policy. Obviously there are eventually unavoidable ways the lines are crossed, but the space travelers in a typical Star Ocean scenario are driven by that line of thinking. Except for in The Divine Force, which puts players in the shoes of a blue collar guy with no apparent ties to the “Federation,” who has no reason to care. So what if a dude from space crash lands on a planet still working on its medieval phase and doesn’t give a single shit about appearances?

What you get from that varies depending on what’s happening in the story, but you get all kinds of little moments to consider. What happens when an engineer has seemingly impossible technology fall on their lap? What happens during a medical crisis? I mentioned COVID earlier, and there’s a brilliant scenario involving face coverings I won’t get too into. But the question raised is, “could there be consequences to helping people?” And the answer is a refreshing twist on a classic dilemma.

Ethics are an intriguing part of this game’s story, as The Divine Force takes its dual protagonist hook and uses it to have characters run into situations like the above that they are not equipped to handle. A sci-fi era problem exists in a totally different realm of human experience than a fantasy one, and you get to see a lot of intersecting ethical questions involving things like foreign meddling, medicine and science, automation and more. Watching these micro stories play out was so stimulating I forgot the macro story even existed until it needed to.

Also stimulating is The Divine Force’s unhinged, dope combat. As a series Star Ocean has shared DNA with Tales of, and these videogame siblings both explore real time combat in JRPG containers. The Divine Force goes in a totally different direction compared to Tales of Arise, opting for a more chaotic, high octane vibe as opposed to Arise’s more grounded combo systems. The Divine Force tosses all its tools in a pot, stirs it up then dumps it over your head. You make your own combos, fill out skill trees and even have this weird robot thing giving you Noctis powers.

Some of the stuff that can happen in a fight here is truly wild. Raymond can zip around the air to create his own backstab windows for example, but that ability can be used as a powerful positioning tool. You can also send yourself careening into the void if your aim is off, getting dropped back into the action on some Mario Kart shit, something I’ve never seen before in a JRPG. Each character has their own unique skill thanks to D.U.M.A., a mysterious robot and provider of those Noctis powers.

Even if this scatterbrained kitchen sink approach can have its jank (especially with the camera of course), it’s so fun to just pig out on the excess and revel in the lunacy of it all. But if you want, you can go into “Stop Mode,” which is essentially a pause you can do any time that lets you take a breather, use an item, give companions orders and so on and so forth. It’s a great compromise to a system that can easily be overwhelming, giving players time to collect themselves and jump back in when ready.

D.U.M.A.S. also provides utility outside of combat, which is where I run into some of The Divine Force’s more problematic elements. But at the same time there’s good parts! Launching Raymond into the air and using the robot as a glider (yup, there’s a glider, because of course there is) to explore every possible nook and cranny to find pickups or treasure is a blast. But it can be awkward at times, such as trying to use the weird physics to blast yourself up a ledge. Instead of, you know, letting homie just use his hands.

Other systems in The Divine Force have their ups and downs as well. The minigame Es’owa is a lot of fun, for example! It’s so cool to have little triAce cameos as game pieces you can equip as accessories for neat bonuses. But also, pieces sharing roles do the exact same thing in the minigame. So it’s a weirdly linear progression as your collection grows with new pieces merely replacing older pieces with more damage. Also, every time a character leaves and rejoins the party, their accessories are automatically unequipped! It’s so frustrating, especially as your collection grows. I haven’t seen a way to lock them in, but that part would benefit from post-launch tweaking.

Those problems being paired with positives is a good thing, though. It’s nice to run into something kinda eyebrow-raising, but not being such a wash it makes the whole component look bad. Sure it’s weird you can’t grab ledges and it’s weird your character just leaps off edges like they’re playing Ocarina of Time. But it’s also sick you can just fire yourself over what would be a boundary in other games but here either leads to some scolding damage or a hidden thingy. Yeah, sometimes the character models look kinda goofy, but the world is gorgeous and there’s a performance option that really works. Skill trees are messy and overwhelming, but there are so many options and potential builds! Every negative has a positive right there with it.

I wasn’t sure what to expect coming into Star Ocean The Divine Force. I missed the last game due to its poor reception, and I could never enter a GameStop without seeing used copies of The Last Hope everywhere. Star Ocean, like Dragon Quest is from the Enix side of history, both series have struggled in the Square Enix era to go beyond “niche” status. But Dragon Quest broke that barrier in recent years, and Star Ocean The Divine Force could be the right opportunity. From the way the storytelling really takes advantage of its genre hybrid to the distinct and action-packed combat system, this is an excellent JRPG that hits its targets far more often than it misses.