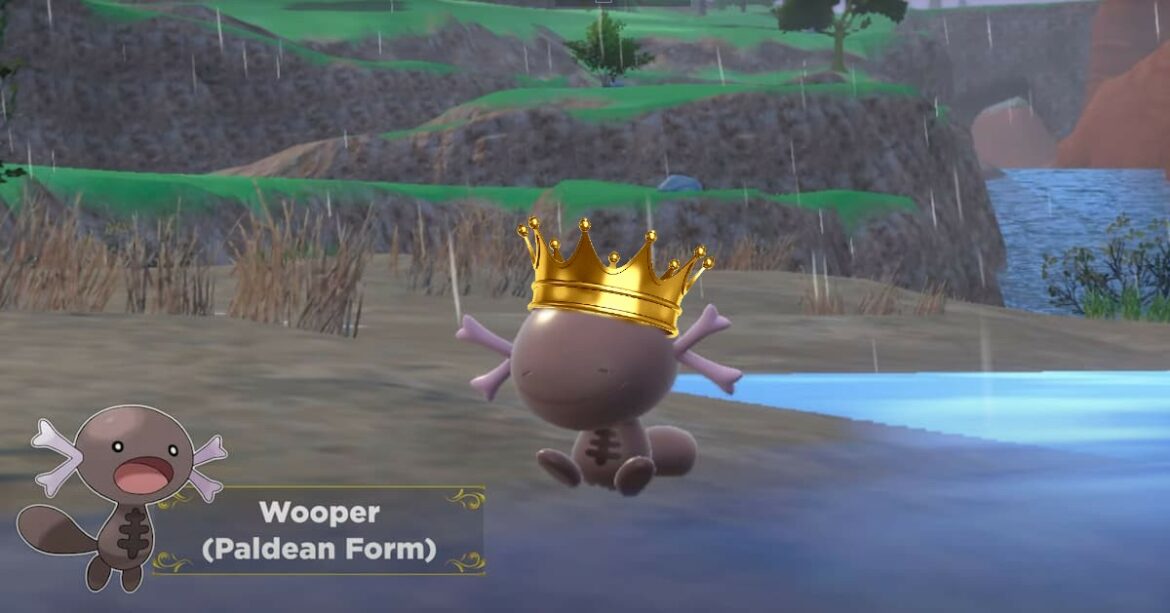 Pokemon Scarlet and Violet are carrying on the tradition of regional typing. Paldean Wooper is one of these new regional variants that change the existing properties of the Pokemon we know and love. Here is all of the information we have about our buddy Paldean Wooper, including its new type, abilities, and more.

Revealed in one of the Pokemon Scarlet and Violet trailers, Paldean Wooper sports a brown and pink color scheme. This is radically different from the usual sky blue and purple pattern we are used to.

This new regional variant also has different typing. Paldean Wooper is a ground/poison type. This puts it in an exclusive club with Nidoking and Nidoqueen as the only ground poison type combination to exist.

Its abilities are either Poison Point or Water Absorb.

Paldean Wooper is categorized as a poison fish Pokemon. Its height is 1’4″, and it weighs roughly 25 pounds. Here is some additional flavor text from the official Pokemon website.

“In ancient times, Wooper lived underwater in the Paldea region. But it seems after losing in a struggle for territory, they began living in bogs on land.​To keep from drying out while living on land, they began to cover their bodies with a poisonous film.”

If you were wondering if Paldean Wooper is a certified king, just look at this photo, and you tell us.

That’s all of the information about our new friend Paldean Wooper. If you haven’t yet, be sure to look at all the new characters in Pokemon Scarlet and Violet.