Overwatch 2 Queue Times: How to Get into Overwatch 2 - Prima Games
Tips

Overwatch 2 Queue Times: How to Get into Overwatch 2 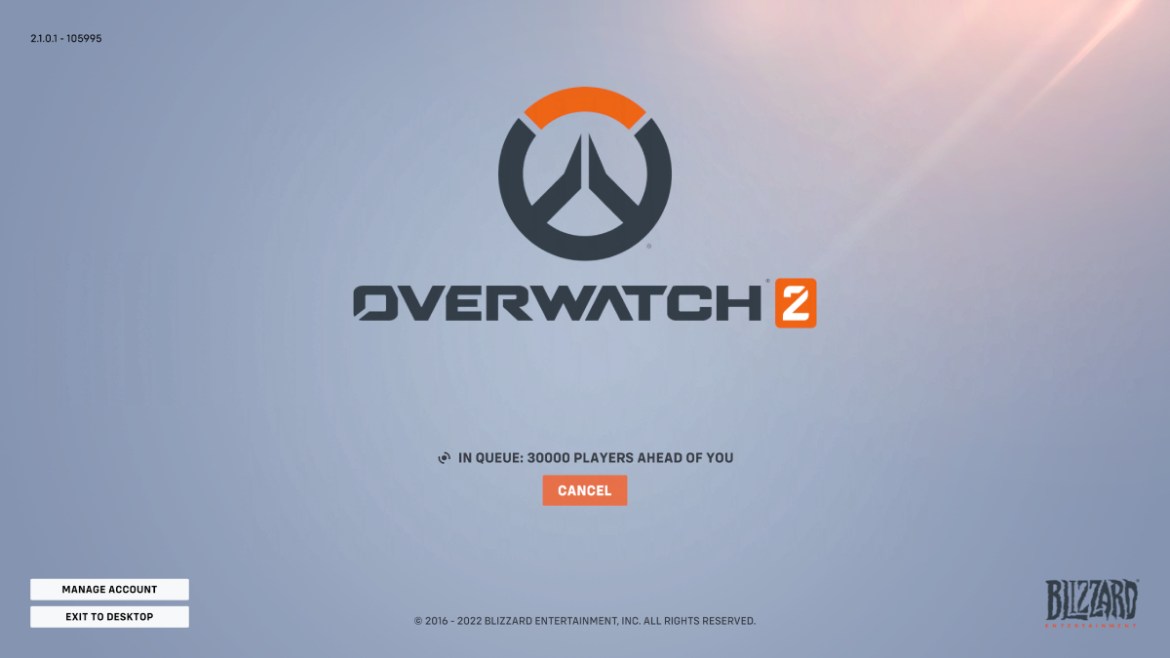 UPDATE, 9:05 AM PT 10/5 – Players are still having errors logging in, though it seems to be mainly affecting those who have merged PC and console accounts. We’re seeing some lucky players having success switching regions (on PC) so try that. If not, you’ve got no choice but to keep trying or waiting until Blizzard has completely fixed the issues. We have asked when we can expect full service again and a Blizzard rep claims “soon” – but when that will be exactly, we don’t know.

Original article is as follows…

Like you, we’ve been stuck in a queue of thousands trying to load into Overwatch 2 since it launched on October 4. It’s dark times over here, man. I’m a Brit that moved over to the USA and I thought queues were gone for good but it’s like a bad dream I can’t escape from, even on another continent. Here’s the deal with the Overwatch 2 queue times and how long you can expect to wait before you’re let in.

Now, it wouldn’t be a live-service game launch without issues. I feel like that’s just par for the course at this point. If you’re one of the unlucky ones getting an error code after lining up to play for what seems like an eternity, check out our error guides while you wait (again):

The Prima Teama is getting queues ranging from 200 to 40,000 people. Yup. I got to the front after a 40-minute wait but was kicked out again due to “Failed to Connect to Game Server” which, according to the official Overwatch Twitter page, is an issue affecting players who have merged their PC and console accounts. After trying to get in on PC and PS5, I managed to successfully log in on the PS4 version but it was treating me like a new user and locked 80% of the heroes out for me so that’s great.

The devs have stated that they’re hard at work trying to fix this and “Thank you for your patience!” so if you’ve also merged accounts, you’ll have no choice but to wait until it’s fixed because no amount of time spent in the queue will lead to you being let in at the time of writing. Boo.

If you haven’t merged any accounts, as I said, expect to wait up to 40 minutes. But even if you do get in, I’m reading reports of people being kicked out mid-match so good luck!