It's almost time to get spooky. 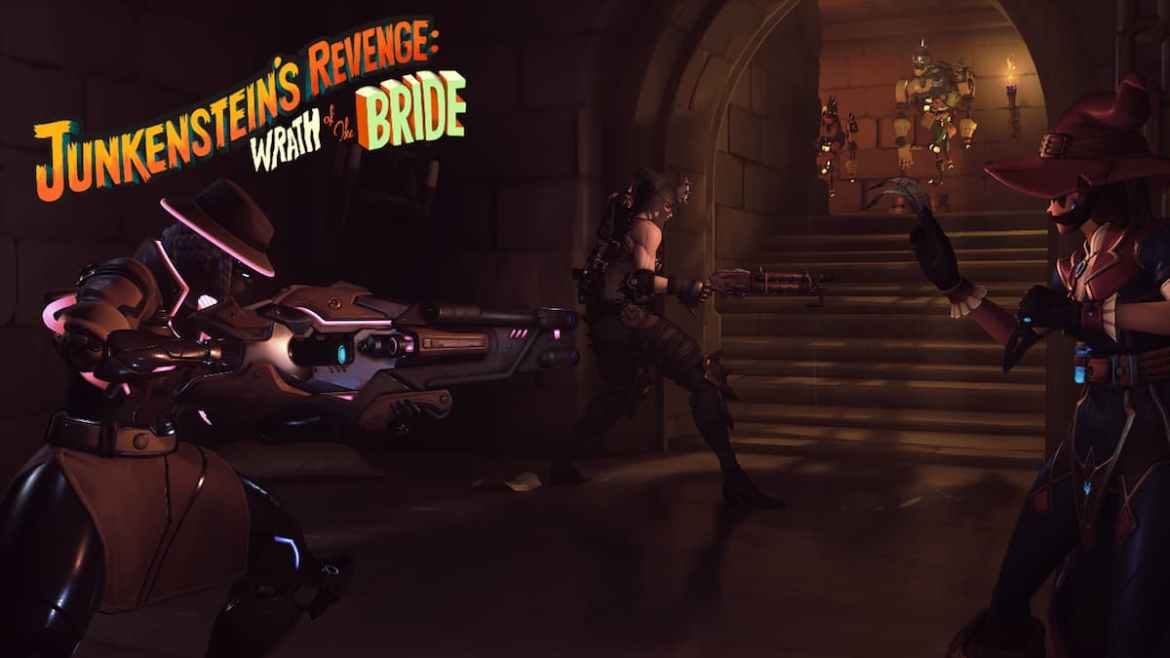 Overwatch is known for its seasonal events, and Overwatch 2 is no different, with the latest one being centered around Halloween. Here are all of the details, skins, and more for the Overwatch 2 Halloween event.

The Overwatch 2 Halloween event is titled “Junkenstein’s Revenge Wrath of the Bride.” While the team at Blizzard hasn’t revealed all of the details about the event currently, we do have some small information to share.

First off, in the image they have shown, we get a look at three skins for the new heroes of Overwatch 2. The image below showcases a new witch skin for Kiriko, a noir detective skin for Sojurn, and a new Junker queen skin, which is hard to make out in the image.

Related: What does MIT mean in Overwatch 2? – Answered

Here is the information we have from the Overwatch official blog post:

“We’ll also revisit past limited-time game modes and welcome new ones as early as Season One, which will include the new “Wrath of the Bride” Junkenstein event. We’ll have more to share about Season One’s event soon.”

In typical Overwatch fashion, it seems this event will be a yearly recurring in-game event. This is only the beginning of seasonal updates for the game, and it is likely we will learn more about the Halloween celebration in the coming weeks leading to launch.

Well, that’s everything you need to know about the Overwatch Halloween event for 2022. Be sure to check out our other guides like how to unlock Kiriko, if you can fix the battle pass bug, and what Overwatch coins are and what they do.

Overwatch is currently in early access and free-to-play for PlayStation, Xbox, Nintendo Switch, and PC.