Your cryptozoological field guide to the Platinum Trophy or 1,000 Xbox Gamerscore. 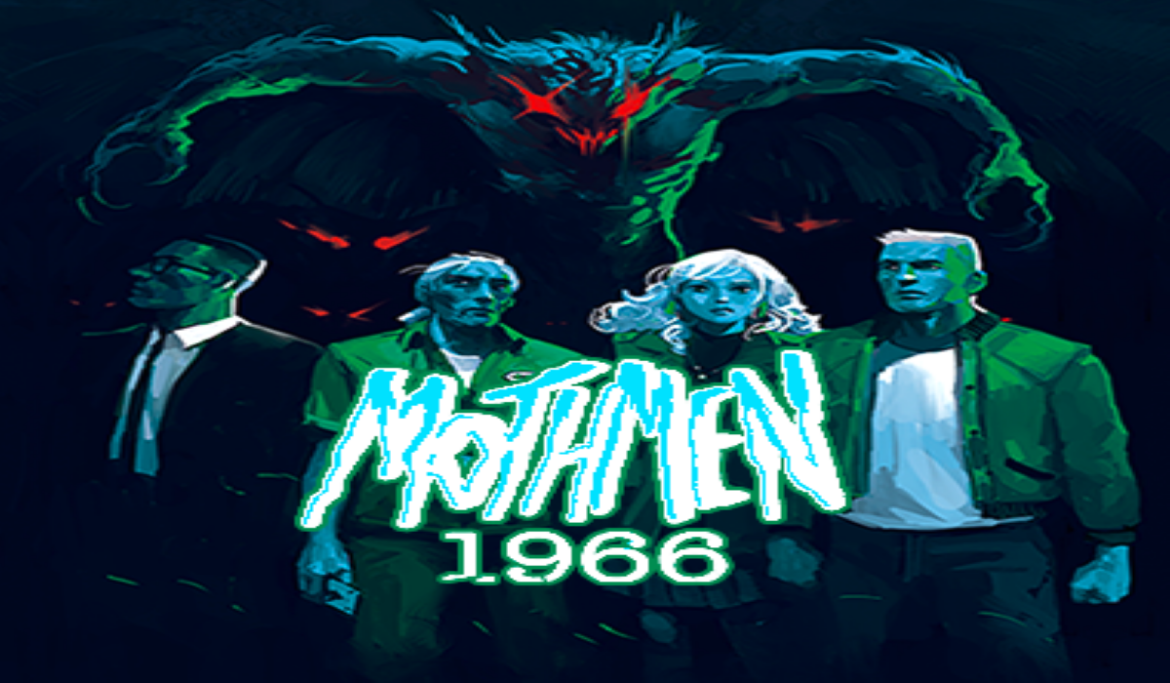 From Chorus Worldwide, the makers of the indie hit “Coffee Talk” (a 2020 Prima independent game of the year nominee), comes the studio’s eerie exploration of West Virginia folklore with their latest release, “Mothmen 1966,” which fluttered its way onto PlayStation 4, Xbox One, Nintendo Switch, and PC on July 14, 2022. While the game has flown slightly under the radar since its launch, lovers of retro-styled visual novels, cryptids, and easy achievements/trophies are sure to enjoy this character-driven, lite-puzzle, single-player story set in ‘60s era small-town USA. This article will act as your cryptozoological field guide for hunting the PS4 platinum trophy or 1,000 Xbox Gamerscore, which if not properly planned for, just might become as elusive as the mythical “Mothmen.”

Step One: Play the game, make chapter saves, and die whenever the opportunity presents itself:

Since “Mothmen 1966” is a short adventure, it is best to simply enjoy the game, make a manual save at the beginning of each chapter (except for the prologue and Chapter VI), and just experience the spooky story for yourself. However, in order to attain the “Sudden endings completist” achievement, you need to die in every possible method the game has to offer. There are seven ways to die in total, and any death scenario will forgivingly reload right before the wrong decision was made, so it is best to die in as many ways as you can during Mothmen 1966’s story. This will ultimately save time during the cleanup phase of this guide.

In a nod to the Marvel Cinematic Universe’s end credits scenes, the misspelled PS4 trophy, “Not just marvellous…” (or “Watch until the end!” on Xbox One) requires you to watch the credits and its adjoining end credits scene, which teases a potential sequel. The credits and ending scene are both short, so just sit back, relax, and watch as you earn an easy achievement that can be easily missed if you hastily quit after Mothmen 1966’s credits roll.

If you missed any achievements, simply reload one of your nine manual saves. If you didn’t get either of the solitaire related achievements in your first run, those can be easily accessed via playing solitaire through the main menu. To find the exact solutions for each achievement, consult the list below:

This achievement will be obtained during the prologue as part of regular story progression. Simply, stack the cans, bottles, and boxes on the upper, middle, and lower shelves. The fastest way I found was putting all boxes on the top shelf, cans on the middle shelf, and bottles on the lower shelf.

2. They hunt in packs (Survive the coyote attack): (Story)

This trophy is unmissable and can be earned after a confrontation with five coyotes which also serves as a mini puzzle. If you are having any problems with the puzzle, the solution is below:

The trophy/achievement will pop in Chapter 2 after solving the binoculars mini puzzle. If you’re having trouble finding a solution to the puzzle, simply adjust the diopter so that the images on both sides of the binoculars are the same, then move the focusing wheel until the image clarifies. For the fastest solution, DON’T DO ANYTHING, BUT THE FOLLOWING:

After you receive the “Reliable witness” achievement, continue onward in the story.

During Chapter III, Lou will ask Holt how to play “impossible solitaire,” Mothmen 1966’s challenging derivative on the classic card game. When you see the choices: “EXPLAIN IT” or “NOT NOW,” Make sure to choose “EXPLAIN IT,” and Holt will proceed to elucidate the rules of the game. In order to get the “Solitaire’s bad run” achievement, simply lose the game while your deck still has more than 25 cards. The quickest way to do this is to continuously “TURN OVER A CARD FROM THE STOCK” and bet on either red or black until you lose. Holt will then let out a few expletives, you are presented with “NEW GAME” or “LEAVE THE GAME” options, and the achievement is yours. If you missed the achievement during the story, you can access solitaire through the main menu.

“Solitaire’s good run” is much trickier than its “bad run” counterpart, as it requires you to lose impossible Solitaire with 15 cards or less left in your deck. Since this solitaire game is completely randomized, getting this achievement will require some memory skills, strategy, and luck. It shouldn’t take you too long to get your deck under 15 cards, but here are some tips to earn the achievement if you’re struggling:

During Chapter IV, when you play as Victoria, Lee will ask an unheard question. After you see the words “Has he asked you a question?” choose the following to get the achievement:

9. No secrets (Find out Lee’s business with Holt): (MISSABLE)

During Chapter V, while controlling Holt, after you find Trent the dog dead in the woods, you have the option to yell at Lou and “TELL HIM TO SHUT UP,” or choose “…” for silence. Make sure to choose the “…” silent option because this will cause Victoria to yell at Lou instead. Then in Chapter VII, Holt will reveal Lee’s business with him to Victoria as a gesture of gratitude for her shutting up Lou two chapters prior, and you will receive the trophy.

During Chapter VI, when controlling Lee while he is separated from the rest of the group, you will have the option to “CRY” or “DON’T CRY,” choose “CRY,” and the achievement will pop.

11. “The rotation of the earth, make my day” (Solve the Winans Piece Puzzle): (Story)

During Chapter VIII, you will have to solve the Winans Piece Puzzle to progress the story. The puzzle consists of a bunch of “L’s” that need to be ordered in the correct manner. While the pieces are randomized, the puzzle solution is always the same, so if you’re having too much trouble solving it, there is a picture of the solution is below:

This achievement can be obtained during Chapter VIII by trying to “TEST THE PIECE ON THE MACHINE GUN” before you have completed the puzzle. Failing the puzzle will give you an option to “TALK TO LOU.”  Listen to Lou Hill’s history spiel, and the trophy will pop.

During Chapter VIII, after fighting a few waves of cryptids with the Winans Steam Gun as Holt, you are given the choice to “STAY SHOOTING BIPEDS” or “SEND ELSIE TO LOOK FOR THE REST.” Make sure to choose “STAY SHOOTING BIPEDS,” and you will receive the achievement before the start of Chapter IX.

Once you have died all of these deaths, the achievement will be awarded. Also, deaths are cumulative, so if you missed any, simply reload the chapter of the death you missed, die, and you should receive the achievement.

Once you’ve reached the credits, DO NOT RETURN TO THE MAIN MENU. Watch the credits in their entirety and wait for a final scene that hints at a potential sequel to “Mothmen 1966.” The achievement will be yours after you’ve finished the end credits scene.