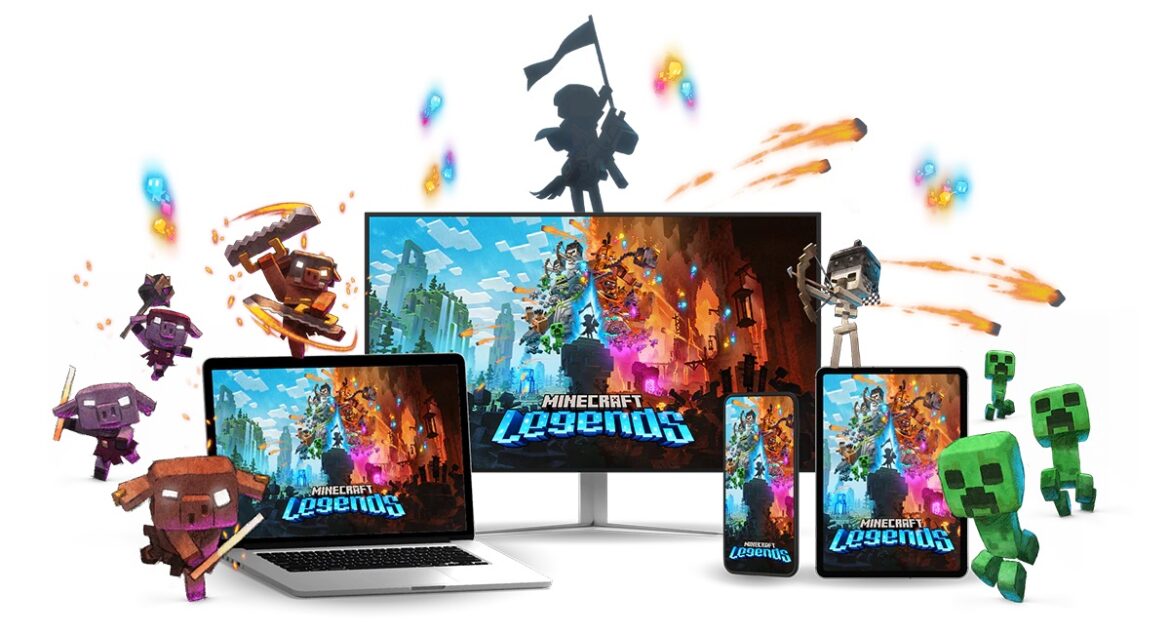 At this year’s Xbox & Bethesda Showcase event, we saw many new trailers and announcements, but also received a piece of completely unexpected news for a new game set in the Minecraft universe. Minecraft: Legends is a brand new action/strategy game in which you will team up with mobs to defend the Overworld from the invasion of the Piglins. Those Nether pig warriors have embarked on a massive invasion and it’s up to you to defend your home dimension in a fresh new strategic hack-and-slash take on the legendary blocky game.

As with most Minecraft releases so far, this title will also be available on an extremely large number of systems – for a complete list of all the platforms on which Minecraft: Legends will be released, see the list below.

Minecraft Legends is being developed by Mojang Studios and Blackbird Interactive, and will be published by Xbox Game Studios. The currently supported platforms for the new Minecraft spin-off are as follows:

Promotional pictures also show possible mobile versions for Android / iOS systems but nothing has been set in stone yet.

After the success of the previous spin-off game – Minecraft Dungeons – it isn’t surprising that Mojang is exploring new ways to repackage Minecraft into other genres. So, after the Diablo-like game, we now have something that looks more like hack-and-slash action with additional strategic elements. The Announce Trailer shown at the Xbox & Bethesda Showcase featured a bit of story and a presentation of the new game’s mechanics. Check it out below to see Minecraft: Legends in action.

Minecraft Legends is releasing for all mentioned platforms sometime in 2023.

For more new game trailers and announcements, check out Every Game Shown During the Xbox & Bethesda Showcase 2022.