Mega Man Battle and Fighters Review I Get Equipped With: Unlocalized Text

Well this is certainly a choice 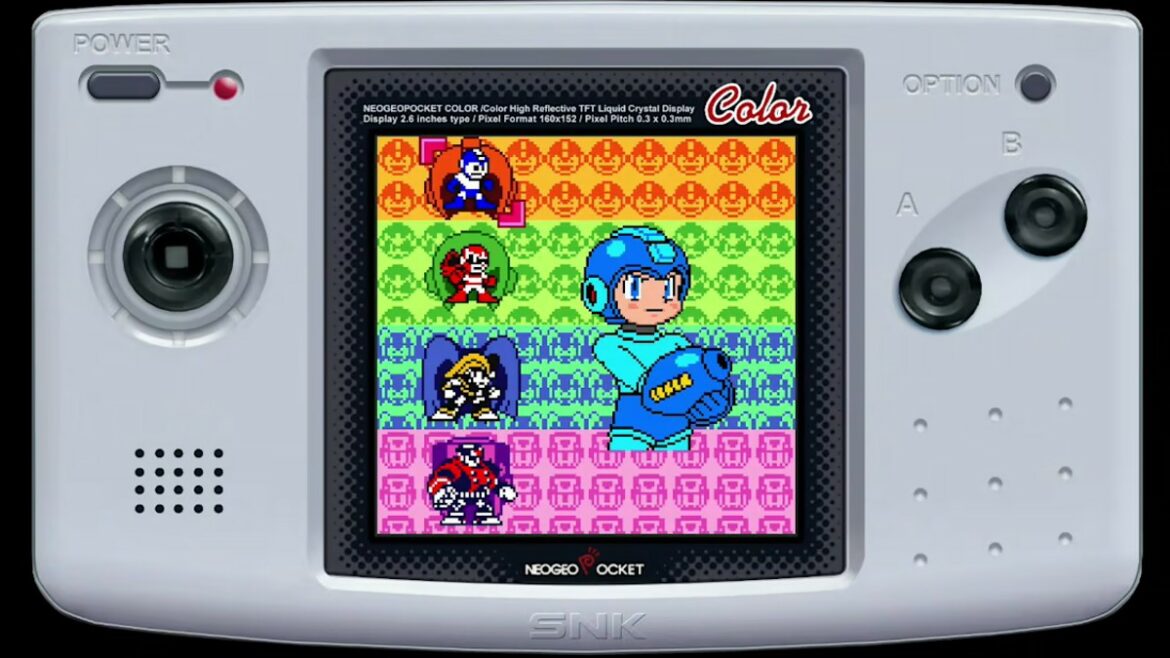 Man, this sucks. I’ve been following the Neo Geo Pocket Color Selection series since it started. I’ve been yellin’ about these cool games nearly lost to time, scoring them with glee and maybe a little recklessly. Once the first collection filled up and even got a physical (albeit Limited Run) release, NGPCS became a banner for game preservation. The second collection has already been weirder and wilder, bringing more niche titles paired with heavy hitters like Card Fighters. Mega Man Battle and Fighters could’ve elevated the brand to a new level, but there’s a notable stumble.

Honestly this should’ve been a remarkable release, the first of its kind in the set. Up until now, every game released in the Neo Geo Pocket Color Selection was released before in North America. No localization needed, and developer Code Mystics went the extra mile in creating high resolution manual scans and animated case renders. There’s even a goofy “two players on one Switch” gimmick. Mega Man Battle and Fighters is the first NGPC game in this set that was never released outside of Japan.

While the game itself is really fun and impressive in lots of ways, all of the substantive text is still in Japanese. Navigating the game is easy enough, and there is some English here and there. But anything story-related? No localization. It’s like when Nintendo started dumping untranslated ROMs onto Virtual Console, except this software line is much more than a digital dumpster. And what makes it even more of a bummer is the entire manual has been localized! What in the fresh Dr. Wily Hell is goin’ on here?

The answer could be lots of things! There could be issues with Capcom, or issues with the game itself in terms of breaking it open for translation. It could be a font thing, or something totally unexpected. Or, perhaps it was simply a matter of numbers. Regardless of the circumstances, it was really deflating to see what could’ve been a historic move… not be that. The translated manual is certainly worth applauding, though.

Kind of an aside, but if you check out the Nintendo eShop listing for this game, you have to scroll down and click “Read More” before there’s any indication Mega Man Battle and Fighters is unlocalized. The screenshots even include a deceptive shot of a “get equipped” screen, which is one of the few spots English appears. Kinda sus, no?

These ports are basically “demakes,” taking the concept but dialing back the tech, even amusingly adopting the NES games’ aesthetic (replacing a more Mega Man 7-adjacent style for the IGs). They’re a lot of fun, although you don’t want to expect a ton of depth or mind-blowing videogame greatness. Both arcade titles are definitely worth playing at least once for their distinct vibe, and these ports have a big novelty factor.

If Mega Man Battle and Fighters was localized, I would have been screaming my head off about it. The (assumed) second volume of the Neogeo Pocket Color Selection would be a must-buy. As it stands, it’s still gonna be a solid lineup for sure, but the possibility of unreleased games seeing new localizations seems to have fizzled. It’s neat to see it here with a translated manual and all, but an as-is release makes this a curious part of a set at best for most players, and loses value as a standalone offering.