What if Pokemon were repurposed WMDs instead of cute animals 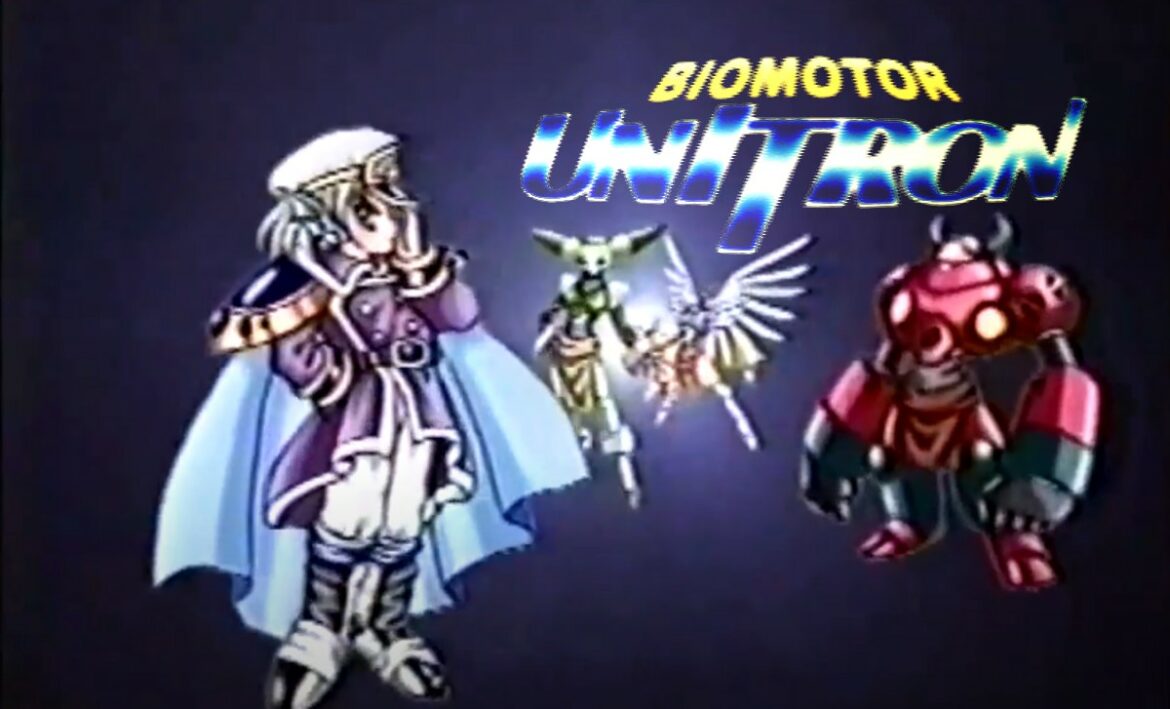 The second volume of NEOGEO Pocket Color Selection is turning out to be a real diverse lineup. Starting with Card Fighters’ Clash, continuing with Big Bang Pro Wrestling and now dropping Biomotor Unitron, we should be calling this second volume the Sicko Volume instead. This is where the deep cuts are showing up, after all the major fighting games (and Metal Slug) have been taken care of. Card Fighters is kind of the bridge, and now Unitron is the leap into the deep end. This is a curious JRPG title from Yumekobo, the same team behind SNK Gals’ Fighters. It’s a strange mix of a collection-style adventure (like Pokémon) and… G Gundam? It’s weird, it’s cute, it’s totally unhinged… this is Biomotor Unitron.

I hadn’t played or even heard of this game before, so I was totally blind going in with no expectations. I had no idea what to think at first, as the game’s premise asks, “what does humanity do with massive death machines made in their creators’ image after the war has run its course? Well, sports obviously.” Unitron mechs are now pit up against each other in arena battles, and you happen to be a mysterious new pilot who, along with your best friend/engineer, aims to become the new Master of Masters. To do so you gotta train up, make money, buy new parts and take your souped up, person-shaped WMD into battle to climb the ranks.

Related: SNK VS Capcom: Card Fighters’ Clash Review: The One We’ve Been Waiting For

And doing all that is achieved through a weird mixture of Dragon Quest and Mystery Dungeon? It’s hard to truly appreciate how weird handheld JRPGs could get back in the 90s, until you play one you missed around 20 years later. You set out into one of several biomes in your mech, then beat the hell out of monsters to grind pilot EXP and gold, take that to the shop to buy new parts, then take weapons to your engineer for upgrades. As your engineer levels up you get more options for upgrades, that require harder to find materials. Meanwhile, all those biome dungeons have random-ish layouts.

It’s a pure grind sort of JRPG, with the added hook of discovery attached with some cool anime duct tape. I dug it, for the most part! The enemies were delightfully bizarre, and combat was snappy enough that grinding never felt too drawn out. It was also super exciting to get new parts to see not only how they fared in battle, but how my Unitron’s appearance would change. But things start to get weird towards the end in a way that hampers the vibes a little.

As you may expect, Biomotor Unitron is about stat checks to gate your progress. There’s an element of elemental weaknesses and strengths, which does matter a lot, but ultimately you need higher numbers to eat damage and dish out more. As the end draws near and the Power Quest-like friendly competition suddenly turns into a battle for the very concept of existence, the stat checks start to severely outpace your available options. Not only do you need to grind a ton at this point, you don’t actually clear the hurdle without rare drops required for the strongest weapons.

But then, just as I started to get frustrated, I found an item that changed my mech’s body type to Dark, which makes it only weak to Light (and vice versa, natch). Suddenly nothing I encountered for the rest of the game could do more than single-digit damage to me, and I cleaned up the final battles in minutes. It was certainly some jarring difficulty whiplash to say the least, and I have no idea if that particular item was a lucky drop or something else.

Aside from any semblance of balance going out the window towards the end, I found Biomotor Unitron pretty compelling all the way through. It’s definitely an old handheld JRPG for the NGPC, which is a lot of uphill climbing. But it’s an earnest one of those, that understands the undying appeal of customizing cool robots. And the less universal appeal of sudden, drastic tone shifts. It’s no Power Quest, but it’s a compelling artifact for certain.