Is the TMNT: Shredder’s Revenge Radical Edition Worth Buying? – Answered

Oh boy, do we have a hefty collector's edition to show you. 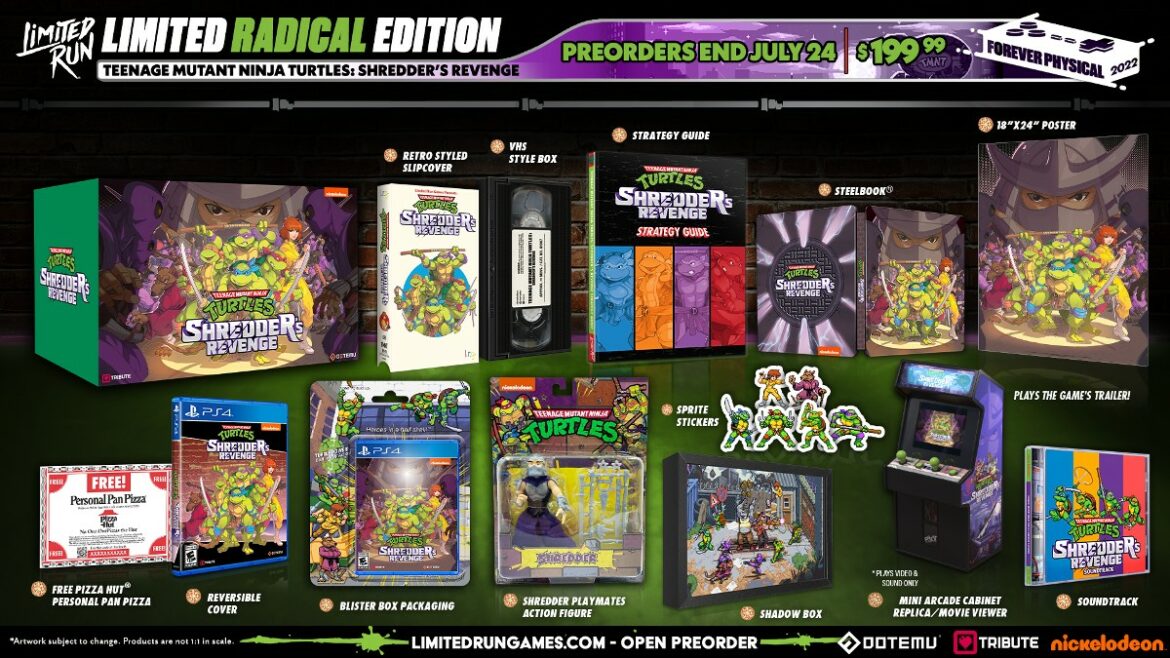 It’s been a long time since a fully-fledged PC/console Teenage Mutant Ninja Turtles game was released (even though our four beloved Ninja Turtles have made guest appearances in at least half a dozen titles), and the wait is finally over! On June 16th, 2022, TMNT: Shredder’s Revenge will be released on Windows (Steam and Xbox Game Pass), Linux, PlayStation 4, Xbox One, and Nintendo Switch. The game features six-player online multiplayer and a four-player local (couch) co-op multiplayer mode.

The Teenage Mutant Ninja Turtles: Shredder’s Revenge Radical Edition will be available for pre-order until Sunday, July 24, 2022, at 11:59 PM EST, so make sure to place your order before then. It’s also worth noting that it is expected that the shipping of the products will begin around 8-9 months after the pre-release period ends (per the official page), which is approximately March/April 2023. so all purchasers are to be armed with loads of patience. But is it worth buying?

Is the Teenage Mutant Ninja Turtles: Shredder’s Revenge Radical Edition Worth It?

Here’s everything that the Radical Edition includes, per the official Limited Run page:

After looking through what this package has to offer our verdict is that, yes, the Radical Edition is worth buying. If you’re a long-time fan of the Teenage Mutant Ninja Turtles franchise, don’t miss it!

Now check out our article that compares the Classic and Radical editions. And make sure that your game is pre-loaded before the release date by taking a look at this guide.