Is Forspoken Coming to Xbox? – Answered

Where can I play this? 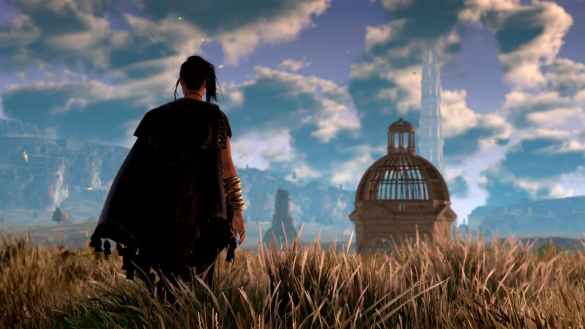 Forspoken, the open-world magic-wielding RPG from Luminous Productions, was announced back in 2020. The team has been working on the game since halting production of the FFXV DLC and pivoting to an all-new IP. This action/adventure game is right around the corner, and players are wondering if Forspoken is coming to Xbox. We have the answer for you below.

Is Forspoken Coming to Xbox?

This does not mean it can’t come to Xbox down the line, but it’s clear that Sony procured this as a PlayStation 5 exclusive and intends to keep it that way for some time. If anything changes on which platforms Forspoken is available, we will update this accordingly.

Related: Forspoken’s Magical Combat Might Be Asking Too Much

Forspoken follows the main character Frey as she is teleported to the magical world of Athia and, after being embroiled in the larger-than-life problems of this land, learns to wield powerful spells and takes to find her way back to her home of New York City.

This massive open-world game uses a lot of the haptic triggers and feedback of the PlayStation 5’s Dualsense controller, really taking advantage of the tech. If it were to come to Xbox, it would have to ditch all of this, which isn’t bad, but it is vital to the experience and immersion of wielding these powerful spells.

Well, that’s everything you need to know about if Forspoken is coming to Xbox. We have plenty of tips, tricks, and guides for you on Prima Games. Check out our interview with the development team about the inspirations of Forspoken.