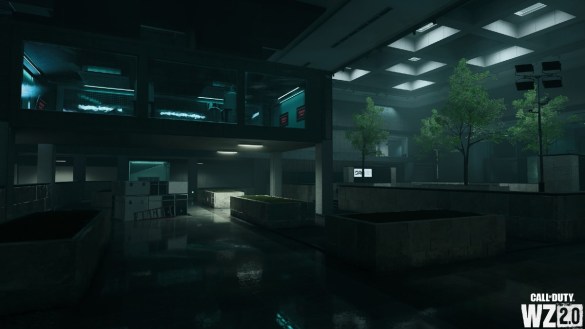 There were some additions made to nearly every facet of Modern Warfare 2 and Warzone 2 within the Season 1 Reloaded update, but none are more elusive than the DMZ. The Building 21 POI was confirmed as a fresh area on the DMZ map, but there are some catches to the latest addition.

Building 21 is designed to serve as a secret for the community to decipher and it will contain the new Chimera assault rifle as an extraction weapon. But it won’t be as easy as simply driving over to the area once you spawn in the DMZ. In this guide, we’ll cover whether the new building can be found in Al Mazrah and how it can be accessed.

At the time of this writing, Building 21 does not exist on the Al Mazrah DMZ map. Anyone who spawns in the extraction mode won’t be able to find the new POI no matter how hard they look, and it also doesn’t exist in Warzone 2. But it was announced in the Season 1 Reloaded patch notes, so what does that mean for the new POI?

Infinity Ward confirmed that Building 21 is on the way in the near future and it won’t be easy to access. At the moment, the area is hidden, but Infinity Ward will allow access in a future update with no notice. That means players will have to continue their search until someone strikes gold with some new information.

Once the area has been discovered and goes live in Warzone 2’s DMZ, players can begin searching for keys. Just like any other major POI, keys will be required to enter the unique section of the map. With everything else in hand, who knows what you’ll find once Building 21 is unlocked.