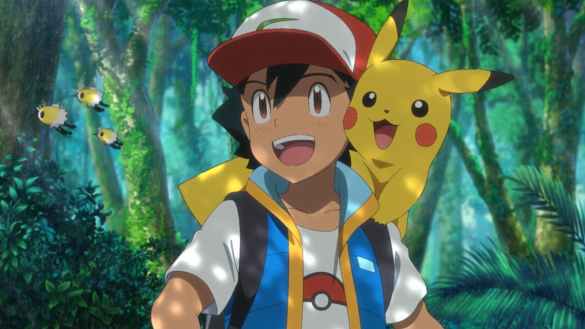 The Pokemon anime series has been running for 25 years, and the main protagonist, Ash Ketchum, has been on this journey with us the whole time. Despite the audience growing older and new generations coming in, Ash has still somehow remained the same 10-year-old boy from his first steps in Pallet Town. So, is Ash leaving the Pokemon series in 2022? We have the answer for you below.

Yes, the Pokemon Company officially announced today that Ash will be leaving the series, and a new main protagonist will be joining the series in 2023. You can see the announcement trailer below, which talks a little bit about Ash’s journey, and what fans can expect from the series.

It isn’t all sad news, though; the Pokemon Company also announced that the series will celebrate Ash in a special set of episodes concluding Pokémon Ultimate Journeys: The Series. So we will see our Pokemon Master again and get to say a proper goodbye.

Related: Can You Get the Yawn TM in Pokemon Scarlet and Violet? – Answered

The English voice actor of Ash Ketchum, Sarah Natochenny, shared some words about Ash’s departure on Twitter, which can be read below.

“It’s been an extraordinary privilege to have been the English voice of Ash Ketchum for what will be 17 years. No matter what lies beyond his final chapter, he’ll live forever in the hearts of many generations to come. I’ll keep him present for all of us in every way I can.”

While it’s sad that this era of the series is coming to a close, we did get a sneak peek at our new characters, and there is even a hint of Ash in the character’s design if you can spot it.

Well, that’s everything you need to know about if Ash is leaving the Pokemon series in 2022. For more tips, tricks, and guides, be sure to check out Prima Games. If you’re playing Pokemon Scarlet and Violet, here’s how to get more outfits.