I Went to Walmart Land So You Don’t Have To

I am never going back. 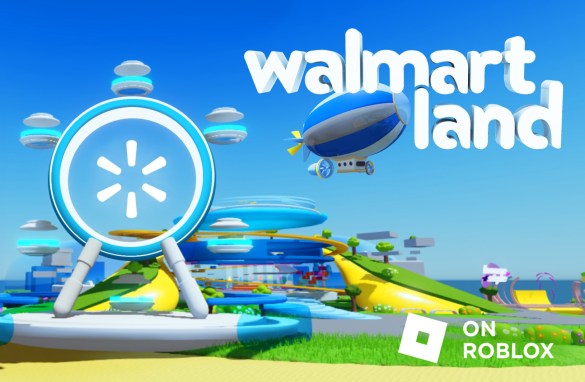 When Megastore Walmart announced its foray into Roblox with the debut of Walmart Land, I needed to go into it and see the atrocity for myself. After learning how to download and create an avatar, I entered the ~metaverse~, I think? Does Roblox count as the metaverse? I digress.

I Went to Walmart Land So You Don’t Have To

In a corporate Walmart blog post, the team states:

“Walmart Land will feature a variety of immersive experiences, including a virtual store of merchandise, or “verch”, for your avatar; a physics-defying Ferris wheel giving users a bird’s-eye glimpse of the world; and unlockable tokens and badges that can be earned in various games and competitions.”

So after seeing this, I needed to jump in and experience everything Walmart Land offers so you, the reader, won’t have to.

After about 30 seconds of entering this nightmare, I knew I had made a grave mistake. As the texture slowly loaded, the horizon was cluttered with an eyesore of creations. It’s the exact style you would expect from a C-Suite executive. Weirdly futuristic designs with a color palette that looks like you left a lego out in the sun for too long.

The ground is littered with collectible gold coins that can be traded in for Walmart-branded virtual merch. You can trade these in at the central hub to show off how much you love this union-busting mega-corporation.

I then headed over to “Electric Island,” a virtual space the blog post touted as an “exciting, immersive experience.” Jumping over a bridge made of piano keys was a harrowing experience solely because of the crunchy shrieking each key made as my big blocky feet pushed down.

After the sounds of an inflatable clown falling down the stairs, I made it to the famous Electric Island. Only to be met by an immediate advertisement in the form of a giant Crosley Record Player. At least pick a record player that doesn’t scratch your records because the needle head is too heavy.

The Crosley record building is a “cafe” with nothing in it. Still, I imagine the Walmart executives can’t wait to take their next business meeting inside their magnum opus, a mediocre cafe with furniture that looks like a classroom.

I then stumbled upon one of these interactive experiences I kept hearing about—a virtual nightclub with a DJ booth. I tried to make my beat rival the greatest EDM musicians of our time. It didn’t work out, but this was the most competent piece of software Walmart Land had to offer of everything I saw.

A trip to electric Island would not be complete if I didn’t go to the top of the giant slide and ride it all the way down. You know, the thing you love Walmart for, the big slide.

I head up the jankiest floating platform elevator I’ve seen. Like so janky, I clipped through it just standing on it and had to try three separate times to get to the top.

After this pilgrimage to the top, I can see the shining beacon of hope, the giant glowing Walmart logo resting atop “The Hub,” where I tried to buy some sick cargo pants with my gold Walmart coins. Why go to a typical Walmart to purchase real clothes anymore? I live in Roblox now (mainly because I don’t know how to exit the game, I’m still trapped here, please help).

After going down the giant slide, which was not worth it, I headed back to The Hub. Where I saw a ton of blimps with “Coming Soon” signs – it’s nice to know the Metaverse has just as much construction as real life. This is easily the most immersive part of the experience.

My final trip in this hellhole is to an island filled with nail polish and other toppled-over beauty supplies. I’m unsure why they believe this was the best way to display products, but here we are. I headed over to the bridge, which in bright pink neon lights reads “Manicure Challenge.” There is so much neon in this world I think it gives Cyberpunk 2077 a run for its money for a ray-tracing showpiece.

My last stop was to take a picture with this Madame Tussauds wax figure of what I believe to be the encased former Roblox players who came here before me. I hope I don’t end up like them, but that’s the metaverse, baby.