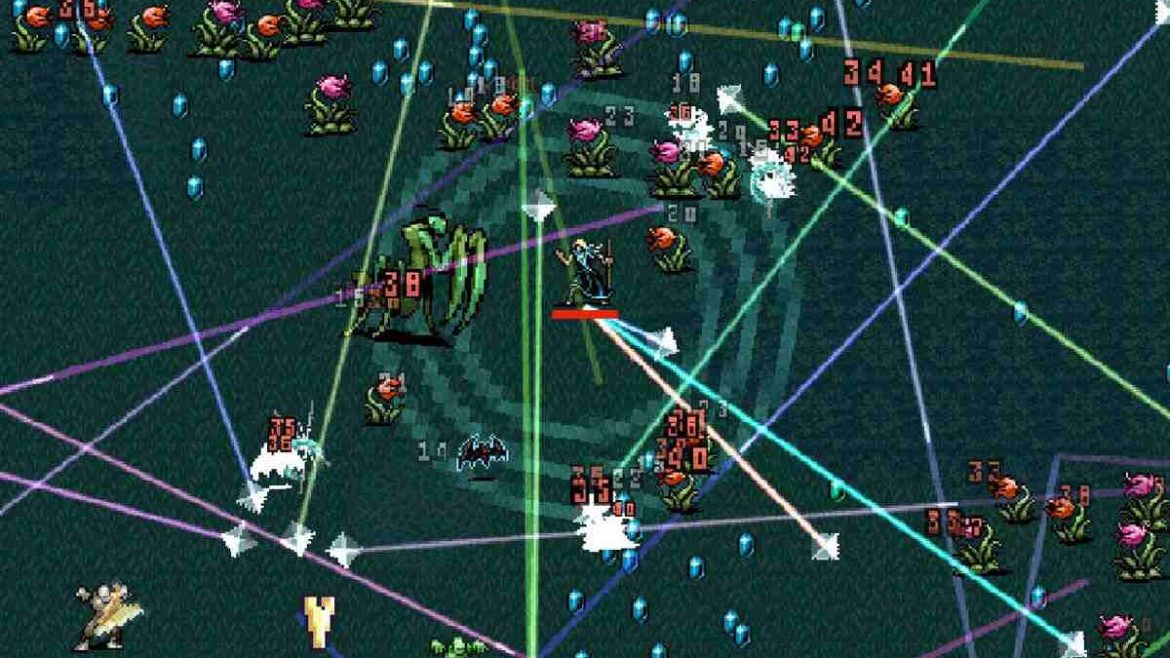 In this guide, we will be going through the newly added XV Disco of Gold Arcana Achievement in patch 0.5.2 which requires you to reach minute 31 in the Inlaid Library. Here’s how to get the achievement in Vampire Survivors.

While you have this Arcana active, obtaining Gold will heal your character by the same amount, and obtaining a Coin Bag, Rich Coin Bag, or a Gilded Clover can trigger a Gold Fever.

Gold Fever lasts for 10 seconds and its duration can be extended by collecting Gold Coins, Coin Bags, and Rich Coin Bags by 0.5, 5, and 10 seconds respectively. Coins that are generated by enemy kills during Gold Fever and by Vicious Hunger extend the duration by 0.01 and 0.05 seconds. The timer is unfortunately capped at 10 seconds, so infinite Gold Fever is not possible.

“That sounds great, but staying alive against a Reaper for a minute seems like a scary. How do I unlock this Arcana?”

No worries! Reaching minute 31 can be perceived as an impossible task. However, with a bit of strategic planning, you can make this happen. Of course, you should turn on the Hurry mode to essentially speed up the clock which buys us a lot of time. It doesn’t strictly matter which character you’re using for this feat of strength (although Krochi would be great since he starts with 1 revival, and gains another one at level 33), but your choices throughout the game are the ones we’ll be going through since they provide the biggest impact. Before we begin, make sure you have a Revival purchased in the Power Up section.

Each Revival that we save for the 30th minute mark will certainly buy us some time since you are temporarily invulnerable to all damage after you are revived. During the game, you also must select certain abilities that will enhance your post 30th minute survival odds.

Clock Lancet is one of the key components for this task since it can freeze the Reaper and buy you valuable seconds. Due to the nature of the weapon, you can run around him in a clockwise direction and keep him frozen for a decent amount of time.

Picking up Cooldown reduction bonuses (Empty Tome) also helps your cause greatly since you would fire Clock Lancet more often, but it’s not a crucial component.

Laurel is very important to pick up, since it provides valuable invulnerability which also buys valuable seconds.

Tiramisu is the final key component, since it provides additional revives for you for situations when the Reaper gets you.

Garlic is a cool thing to have, since it reduces the freeze resistance, and we don’t want any of these menacing Reapers to resist our Clock Lancet, do we now?

What is the optimal build to stay alive until the 31st minute?

We have made a test run with Krochi (and have managed to foolishly die two times before the 30th minute mark) and here’s the build that we used:

One thing that we would change here is to replace the Growth with Spellbinder since increasing the duration of weapon effects really helps the Clock Lancet out a lot by keeping the Reaper frozen longer, which helps if he manages to resist one of your freeze attacks since there’s more time for you to apply the next freeze.

We also took the 7th passive ability  from the library, on the far left of the map, after already filling the standard 6 slots with other passives. Around the 30th minute mark, we were ready to take on the Reaper and managed to freeze him before he got to us.

By moving around him in a clockwise direction, we made sure that Clock Lancet freeze effect is on him at all times (and also he was within our evolved Garlic aura which reduces the chance he’ll resist a freeze) and we decided to see how far we could push the limit, since after every minute passes, another Reaper joins the party. Eventually, we were overwhelmed by five Reapers and at 34:27, we had to concede the game (because the improvised library refrigerator became too small for all of them to fit, sadly), after using up numerous revivals that we still had saved up.

After the game ends, your Arcana will be unlocked and ready to use. Congratulations!

Check out our other Vampire Survivors content by clicking the game’s tag, and hit us up if you need more tips!