Get an achievement for letting people whine on the internet 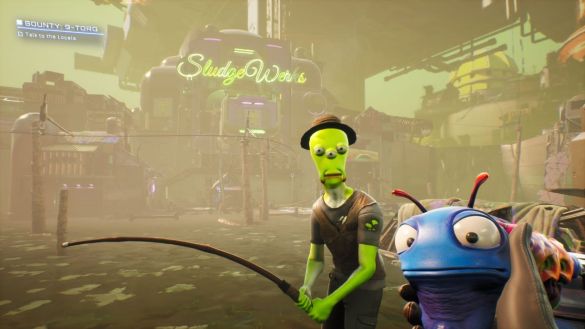 High On Life, the comedy sci-shooter that’s taken the gaming world by storm, is full of references and achievements that you might miss on your first playthrough. One of the most challenging achievements to obtain, and also one that you can potentially block yourself out of by progressing the story too far, is Mods Please Ban, an achievement worth 45 gamerscore.

It’s possible that you’ve never interacted with the forums before. Nothing in the game prompts you to do so, save for a one-off line by Kenny while you’re at the Slums at the start, and a brief whine from Gene during one of your trips back home.

Related: Best Things to Do After Beating High on Life

But it’s likely that you’ve been slowly unlocking forum posts since you started the game. In fact, it’d be almost impossible not to. But unlocking every post requires quite a bit of grinding and exploration. Here’s how to do it.

Before we even begin, it’s worth noting that this achievement might be blocked to you. Certain people have been unable to unlock all the Blim City Locations, which is necessary for the achievement. An update was rolled out that fixed this issue, but only for people who created new games after the patch was implemented. So, it’s possible that you (like me) will have to create an entirely new game if you want this achievement.

The forums contain four different sections, which are related to either locations you’ll visit or killing things. Here are all four categories and how to complete each one.

Many Dr. Grugla hints will become inaccessible after you’ve progressed the story too far. These are primarily the ones you obtain after defeating the boss (with the exception of Nipulon). So, be aggressive about collecting these.

After completing the game, you’ll notice that enemies spawn at much lower rates. I’ve yet to see a Hunk anywhere. To be safe, farm these enemies before you finish the game.

As you can see, it’s not an easy achievement to obtain! But it’s a great way to explore and enjoy even more High On Life.